“It is not necessarily a privilege to be white, but it certainly has its benefits.” (source: Showing Up for Racial Justice) 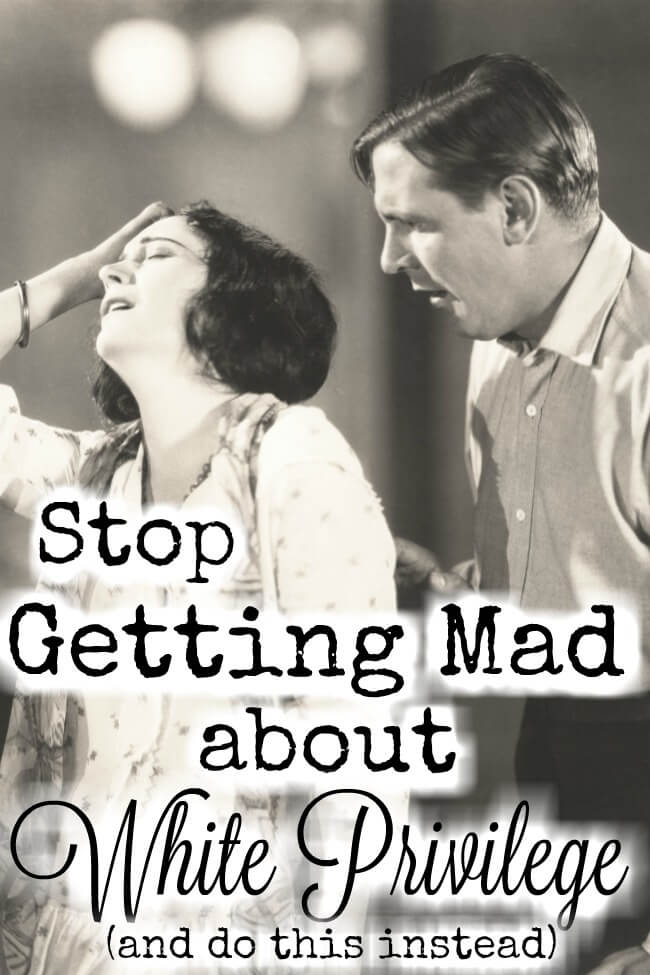 What is White Privilege and Why Does it Make White People So Mad?

I’ve been pulled over a couple times by the police.

While you often hear (mostly) white women laugh about how they were able to sweet talk the officer out of a ticket, that wasn’t me. I always got a ticket.

Nonetheless, I never got dragged out of my car or had a gun drawn on me. I was never belittled or threatened. In all my experiences, the officer unsympathetically wrote me a ticket and sent me on my way.

THAT is white privilege.

Or at least one small example of how it works.

A lot of the posts I’ve read lately deal with big actions to end racism, but I want to talk about the very first step. For many of us,  that first step is recognizing that white privilege exists.

That alone makes many people uncomfortable. Even angry.

“I’m not privileged! I worked for everything I have!”

Even I used to be guilty of those thoughts when I was younger. I thought that just because I’d worked hard and gone through some bad things in my life that I wasn’t as privileged as others. I saw rich people and thought they were the privileged ones…not me.

That’s not how it works though…

You see, white privilege isn’t about money at all. You can grow up with little resources, and still enjoy white privilege. What white privilege means is that of all the hardships you’ve faced in your life, being disadvantaged because of your race isn’t one of them.

There are also different layers of privilege.

As Americans, we ALL enjoy American privilege by way of living in the wealthiest nation in the history of the world.

As a woman, I’ve been on the other side of male privilege. I’ve been discriminated against because of my gender. Paid less. Talked down to and been subjected to unwanted sexual advances.

That said, I still had it pretty good overall because of my white American privilege.

Accepting that you have white privilege doesn’t mean that you’re proud of it.

White privilege is not something that you choose — it exists. This social construct has been in place long before you and I were born.

Accepting the fact that white privilege exists doesn’t mean you’re cool with the idea — it just means that you know it is there.

Because you can’t change something if you don’t see it in the first place.

I can’t tell you how many things I’ve read on social media vehemently denying white privilege or getting angry at others that are trying to start the conversation.

These are good people, people I’ve known for my whole life and that have done positive things for their communities. Saying that they “love all races” or something to that effect. And in the next breath saying they don’t believe in white privilege or that they’ve dealt with “reverse racism.”

What IS reverse racism anyway?

Is it being the butt of a “white joke?”

As someone with a diverse friend group and a Hispanic husband, I’ve heard TONS of comments about “your people” in connection with something stupid that a white person did.

I don’t get mad and I don’t take it personally.

Because you know what?

White people HAVE done a lot of crappy stuff over the years! I don’t even have to give examples.

It might not be a perfect system, but affirmative action ensures that groups of people that are generally disadvantaged get opportunities for jobs, education, and housing. In some cases, it forces employers and schools to pick people that they might not have even considered.

Maybe affirmative action means that a few qualified white people are passed over along the way. If that makes anyone angry, then we need to address the bigger issue, which is the fact that some companies and colleges literally do have to be FORCED to accept applicants of non-privileged groups.

I guarantee that any so-called reverse racism pales in comparison to the struggles that other groups have endured and are still fighting against today.

The level of denial I’ve seen surrounding white privilege reminds me of addicts who pretend they have a problem when it’s so obvious to everyone around them.

Watch the show Intervention and you’ll get the idea. Addicts get angry when confronted. They run away. They hurt others just to keep the status quo for themselves.

When they finally admit there is a problem, then the healing begins.

Denying white privilege does NOT mean it doesn’t exist. And it sure doesn’t help make things better.

Admitting your own shortcomings is not easy.

Admitting you are privileged might feel uncomfortable or scary.

To be honest, writing this post scares me! I know that I’ll face some backlash and get nasty comments. I mean, I get hate mail about slime recipes, so just wait until the white privilege post goes live…

But this isn’t about us.

If Ben & Jerry’s can commit publicly to “dismantling white privilege” then the very least that I can do is to add my voice to the mix.

Will you add your voice too? 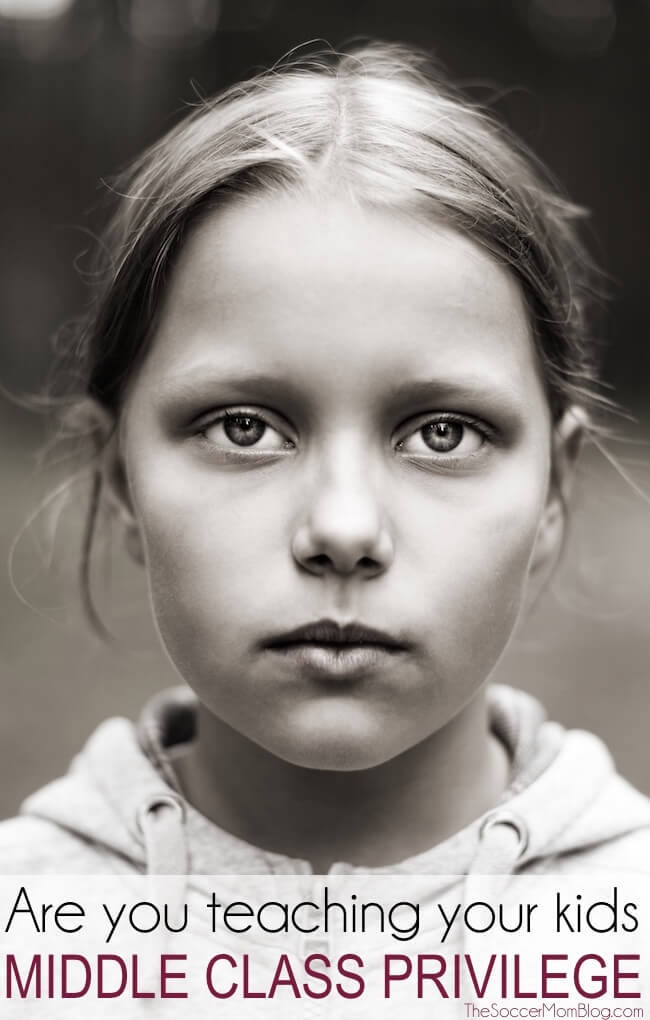 The Day My Middle Class Privilege Slapped Me in the Face

Love the fonts you see? I found some of them here and you can too!
2 shares