Home » For Moms » Motherhood » My Baby Calls Me Stacey


It happened.  My baby learned to say my name.  Except she doesn’t call me “mama.”   Ohhh no, we are on a first-name basis. She calls me “Stacey.”

It was the one thing that worried me about raising a stepdaughter and biological daughter together.  I was afraid that with her older sister calling me by my first name most of the time, Annabelle would follow suit.  Lilu does call me Mom on occasion, but I don’t push the issue as I want her to get there on her own time. Perhaps it seems like a trivial issue, but I really wanted my baby to call me “Mama.”

The first time she did it, I was caught off guard.  I must have heard wrong.  Annabelle’s favorite word has always been “Da-da,” (which apparently is easier phonetically to learn,) but she wouldn’t hesitate to bust out with a wailing “maaaa maaaa” whenever she was hungry, usually in conjunction with trying to rip off my shirt.

However, as the weeks went by, she started saying mama less and less.  “Say-say” began popping up in her daily babble.  I tried to convince myself she was referring to her big sister, who we often call “Sissy.”  She was saying “Siss-ssy” — sometimes.  Other times, she distinctively was saying something different, but still I held out hope.

Today, that hope was dashed.  On the way home from swim class, Annabelle was in the back talking away and I heard my name in the mix.  I attempted to correct her in a sweet voice, “no, remember I’m ma-ma.”  This was met with a string of enthusiastic “DA-DAs” and laughter.  It was a joke to her.  Then tentatively, I asked, “can you say Stacey?”  Clear as a bell: “STAY-SEE.”  Perfectly pronounced.

Part of me is incredibly proud that my not-quite eleven month old can say a fairly challenging word.  Part of me is a little sad that I got only a few fleeting “ma-ma’s” before she figured out that I have another name.

Being a blended family is full of challenges, but it is usually court battles, co-parenting, and conflicts that get the most discussion.  However, there are other, smaller particularities that aren’t always mentioned, but are an equally important part of our unique journey.

I think that this is more than likely a phase, and as Annabelle gets older she will understand that I am “Mama.”  As time goes on, it will become more natural for Lilu to call me Mom too.  So in the meantime, I’ll try to just roll with it and be thankful that she is learning and speaking so well.  I suppose there are worse things she could call me 🙂 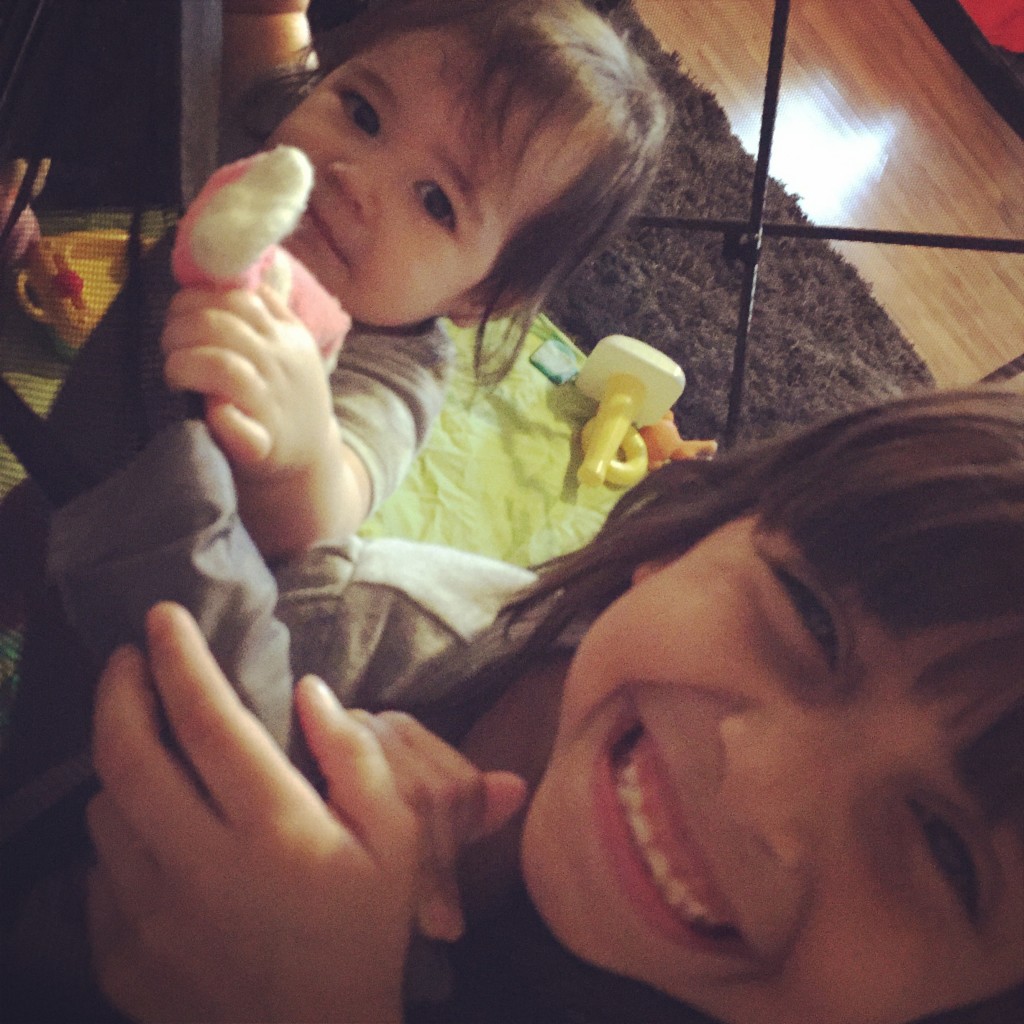 Previous Post: « How to Steam Eggs for Easier Peeling
Next Post: Why You Should Take a Mommy and Me Class »

Love the fonts you see? I found some of them here and you can too!
0 shares