Your baby won’t sleep through the night. It’s exhausting. It’s frustrating. But it won’t last forever. Here’s what you need to remember, even when you’re totally sleep deprived.

I don’t know what I was thinking.

I guess the problem was, I never really DID think about what sleep would be like after having a baby! Or…that sleep wouldn’t even be a thing.

You’d be amazed at how well one can function with just a few hours of sleep.

When I was pregnant with my first, I assumed that there would be a few months of sleepless nights after she was born, but that as she got older it would work itself out.

At my most pregnant, I was waking up every two hours to pee, so it was hard to imagine that it could be much worse than that!

Further contributing to my delusions, my own mom had bragged on what an easy baby I was, sleeping through the night at two weeks old. While I didn’t get my hopes up for that kind of miracle, I figured at most I would be looking at a year of night wakings.

Even my younger sister, the “night owl” who fought sleep, had stopped getting up before morning by the time she hit toddlerhood.

So when did my baby start sleeping through the night?

Ok, maybe once on vacation when she stayed up past her bedtime, but that’s about it. It has now been over two years (including pregnancy) since I had what I used to consider a “full night’s sleep.”

Most of the time, once I get up and get moving and get some coffee in my system, I’m ok. I power through the rest of my day until I can finally collapse into bed at night…wondering how long I’ll be able to get before I hear cries.

Sometimes she only wakes once (I consider that a good night night), sometimes it’s two or three times on a particularly rough night.

After those nights, where she’s up every other hour, or cries and refuses to go back to sleep, I start to feel like I’m going crazy.

Sleep deprivation is almost torture and I can feel the frustration building.

It’s understandable to be tired, but I don’t want to allow myself to indulge in the frustration, or worse, anger.

So my fellow sleep deprived mamas, here are the things I tell myself when I’m at my lowest, my most drained:

She’s not waking up to be mean.

My poor little girl is growing at such a rapid pace (and a lot of that growth happens at night), so her body might hurt in a way that we can’t understand. She’s been teething non-stop since three months old and those teeth literally have to pierce through her gums. That can’t be fun.

She’s might think she’s a big girl, but she’s still a baby and sometimes she just needs comforting.

No one else can do that for her but myself and her daddy (though daddy doesn’t have milk, so…) This is such an important job and an honor to be her source of comfort.

I cried for this baby.

I wanted her with everything in me. I remember the little one we didn’t get to meet so that Annabelle could be here and I remember all of the pain, the heartache, the joy, the surprise, the anticipation, the waiting, and waiting, and waiting throughout our journey to welcome her into our family. Our lives were not complete until Annabelle. 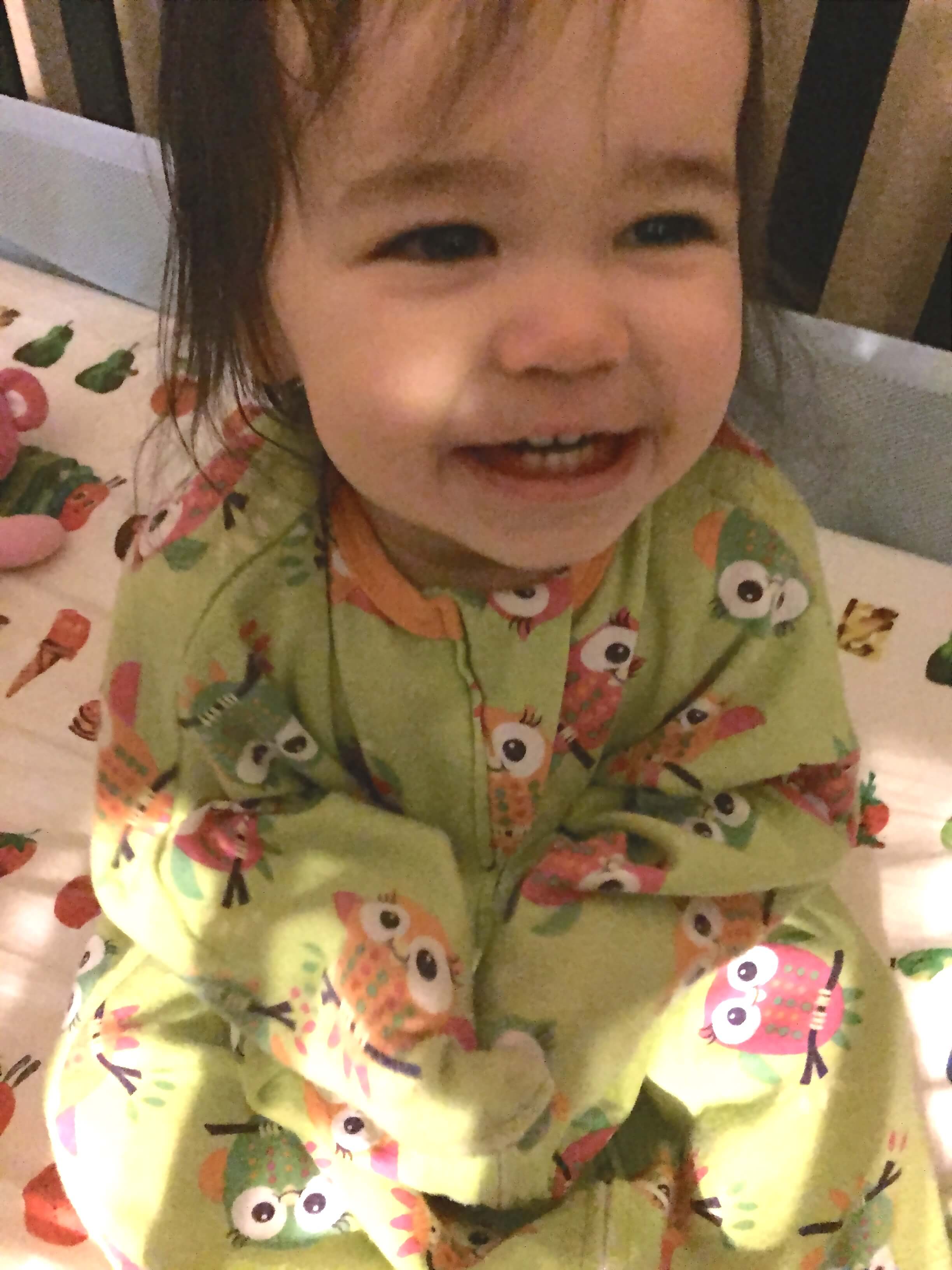 Waking up with a baby every night is hard.

If you’re going through it too, believe me when I say I know how you feel.

I’ve slipped up and gotten angry before. I’ve elbowed my husband and told him (perhaps not as kindly as I should) “It’s YOUR turn!!”

But would I really want to go back to those days when I could sleep as long as I wanted? When I could stay up as late as I pleased with no consequences?

I might be able to wake up whenever I felt like it, but what would I be waking up for?

Update: When Did My Baby Start Sleeping Through the Night?

I originally wrote this post in October 2015, when my daughter was about a year and a half old. She’s now 6 years old and I am pleased to report that she DOES sleep through the night.

Just after she turned 2, it happened. She slept through the night. And pretty much has done so ever since.

Well, my mom actually had the brilliant idea that changed everything! You can read about how we finally got our toddler to sleep here.

Now I have another 2-year old, and it was pretty much the same story. She woke up consistently at least once a night until just after her second birthday.

And now she sleeps through the night…at last!

So, I wanted to offer one last bit of encouragement…

But, I can’t promise that you won’t still need that cup of coffee first thing in the morning!

Have you ever asked yourself, “is my child normal?” Check out the current child sleep recommendations here. 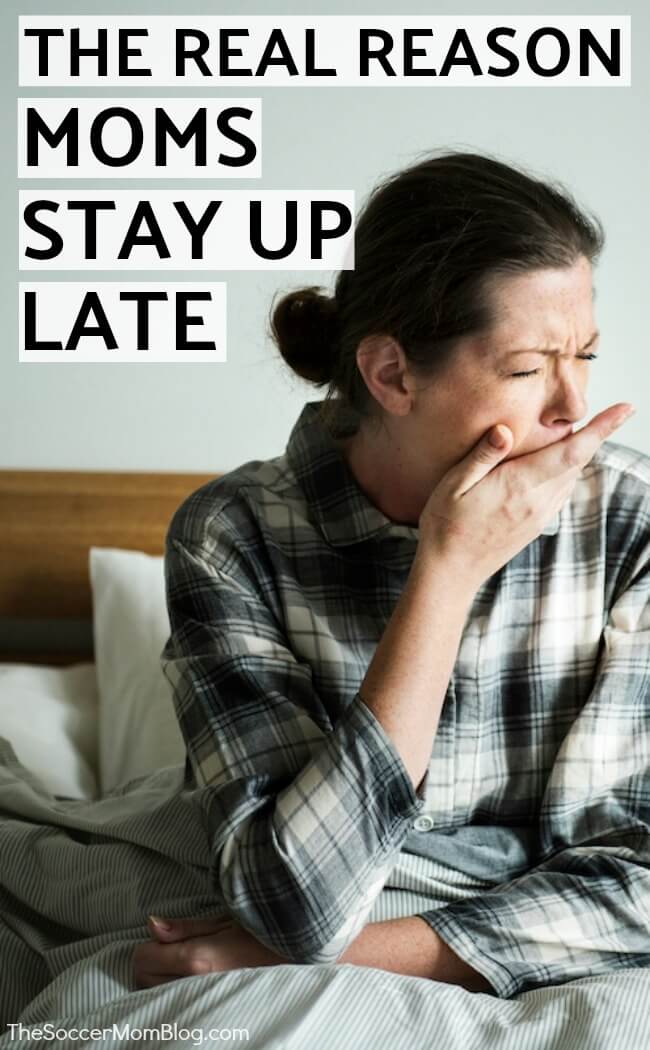 The Real Reason Moms Stay Up So Late 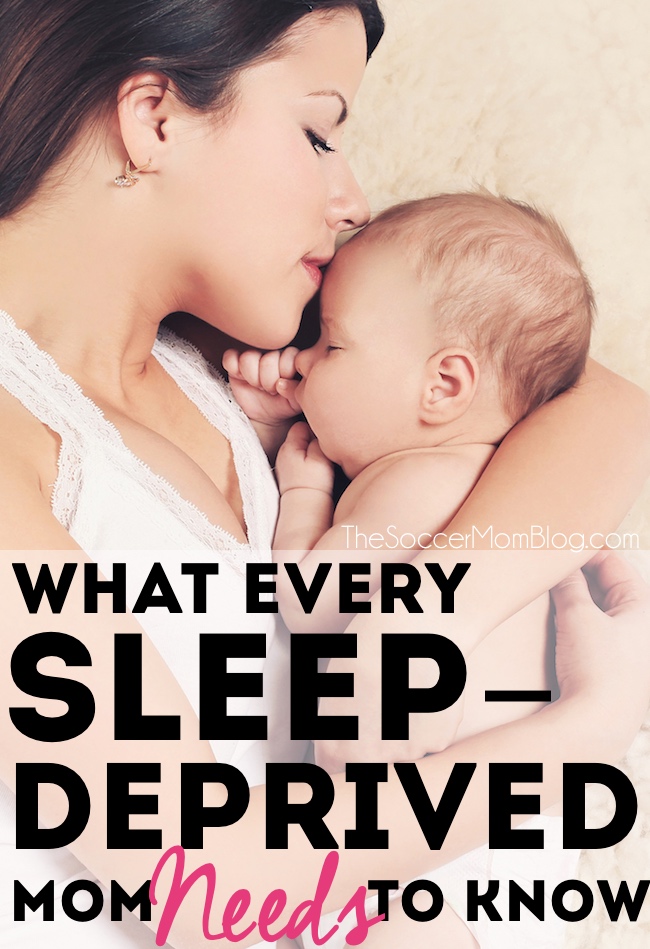 801 shares
Previous Post: « How to Start Making Money Blogging (Even as a Beginner)
Next Post: How to Soothe a Sick Baby »

Love the fonts you see? I found some of them here and you can too!
801 shares