I’m so excited to finally share a tour of our brand new farmhouse chicken coop! This was a bright spot after a tragedy that shook our little homestead a few months ago. 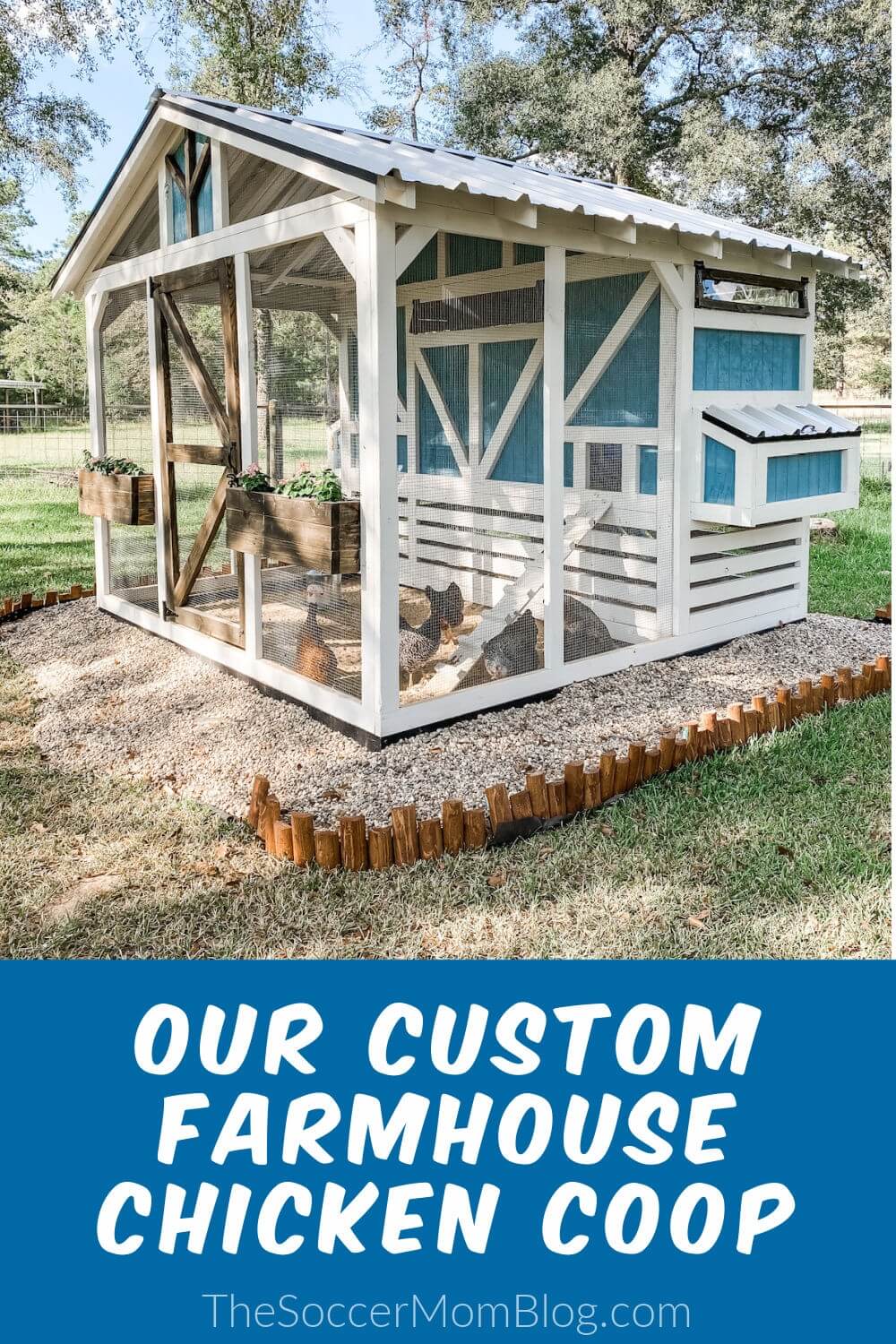 We DIY-ed our first chicken coop and it served us well for almost two years. Then one day a stray pack of pit bulls snuck onto our property, got through our backyard fence, and ripped open our coop. We lost all five of our hens that were inside.

We’d never seen those dogs around before and we don’t really have a stray dog problem in our area. It was one of those things that you just can’t plan for, but you have to learn to get through.

Giving up wasn’t an option — we still had four babies in a tub in our bathroom — they weren’t old enough to join the flock yet. One of our full grown chickens was also in her own tub in our bathroom (fortunately we have a big bathroom!) recovering from a leg injury.

A while back I’d seen the work of Drake at Clifton Visions in a homesteading group on Facebook and I’d saved the link. After our dog attack, I decided to reach out to Drake and see if he could create something for us. I love to build my own things around our homestead, but for the next chicken coop I was taking NO chances and decided to go with a pro.

Much to my chagrin, he had a waiting list! Though I took that to be a good sign. 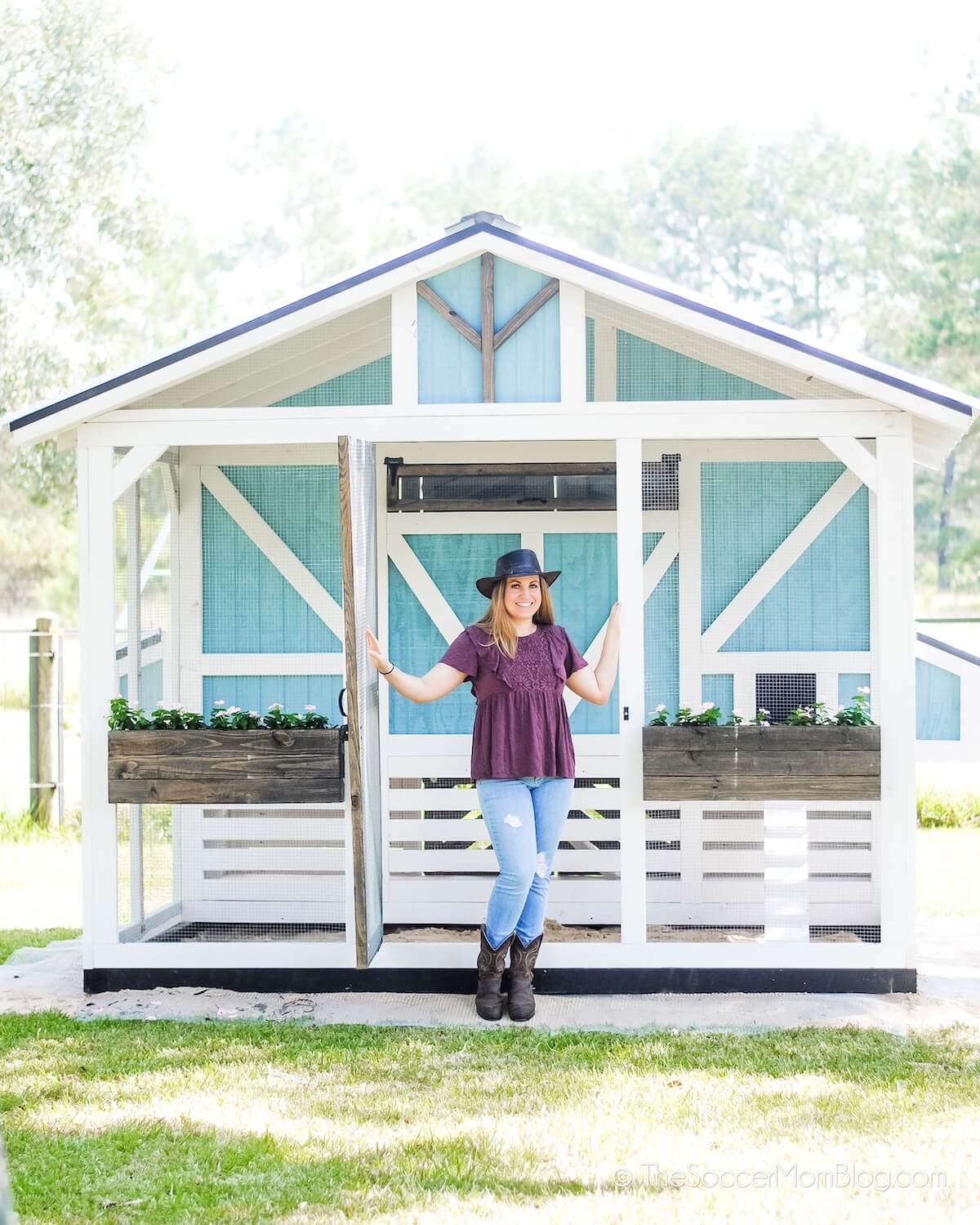 When it was finally time for our appointment, I could not have been more impressed. I still keep pinching myself that this beautiful coop is in my yard!

A Photo Tour of our Farmhouse Wooden Chicken Coop

It’s hard to do this coop justice in photos, but I’ll try! It’s made of real wood, which is painted to not only look nice, but withstand the elements. It should last for years and years!

This particular design is the “Remington” — built and installed by Clifton Visions. Multiple sizes are available; ours is the 10×10′. A coop this size is cozy enough for a small flock, but can comfortably accommodate 15-20 birds. 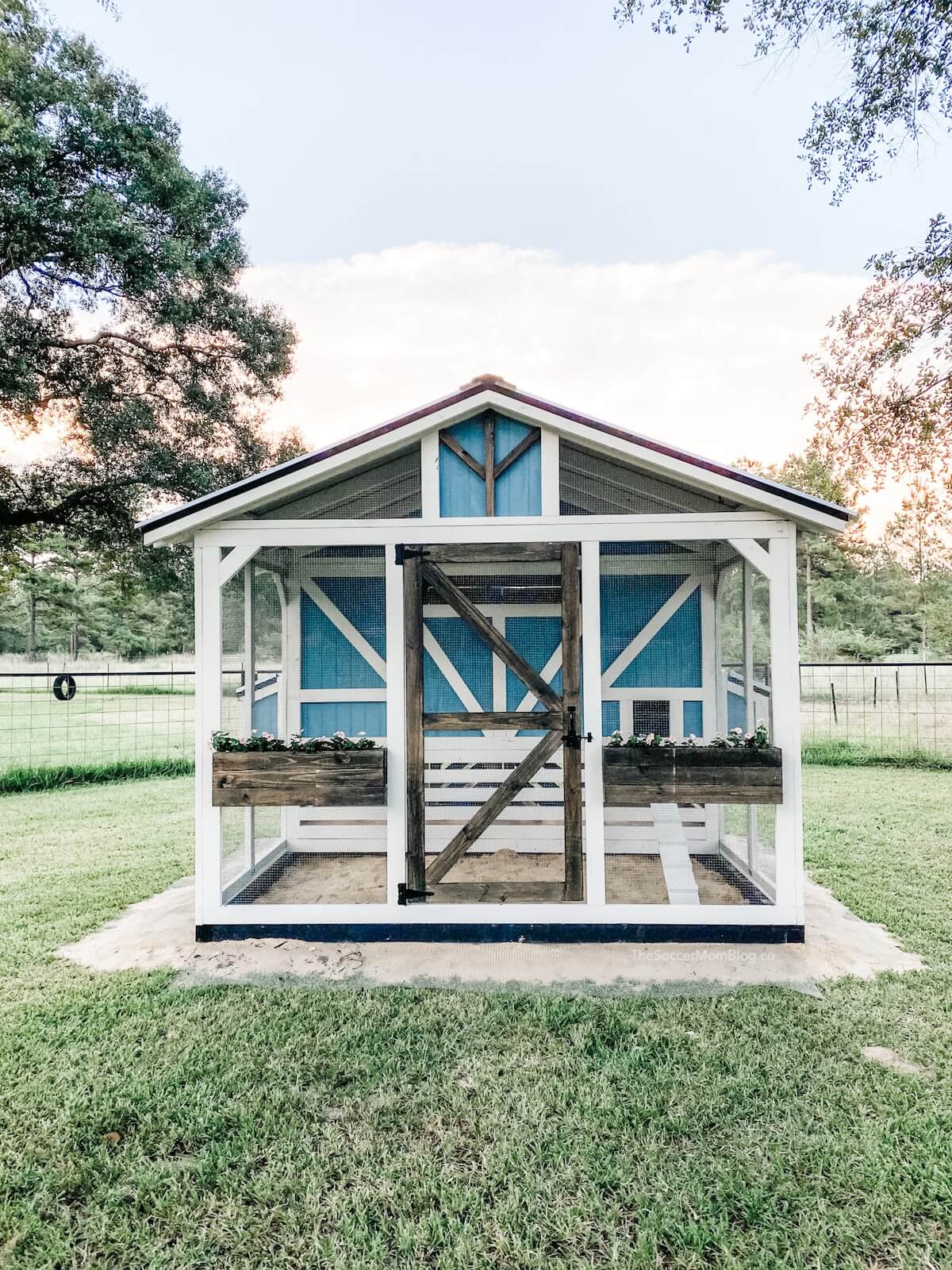 This is our coop on the day it was installed. You can see the hardware cloth apron around the base of the coop, as we’d not buried it yet. I’ll explain more about this and other safety features later in the post. 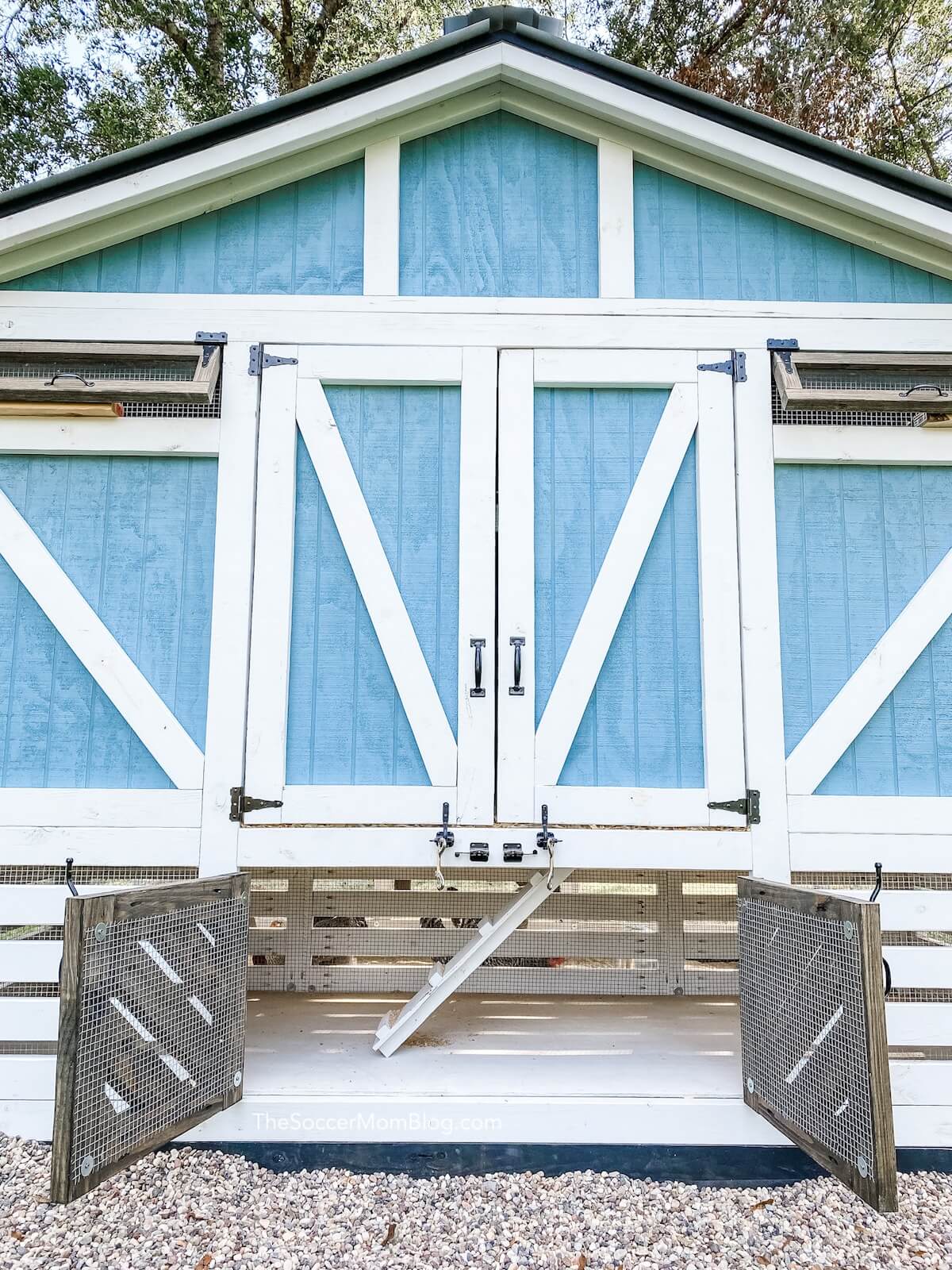 This is a view of the back of our coop. The doors on top lead to the roosting area. The open doors at the bottom are to a separate enclosed run (with a trapdoor and ramp to the roosting area). This was a customization that I asked for and Clifton Visions perfectly brought my idea to life! 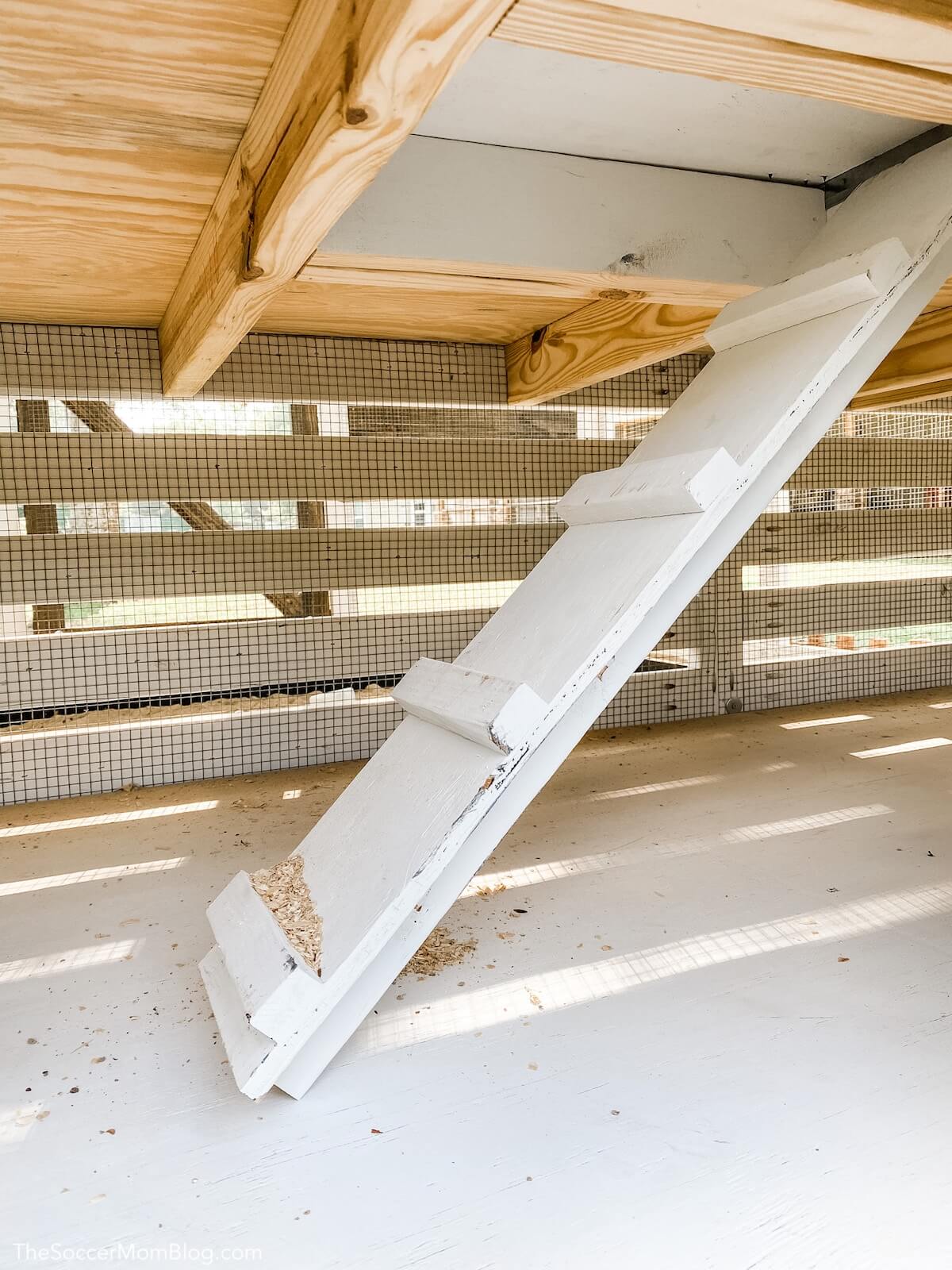 We live in an area that is prone to hurricanes and flooding, so I wanted a safe, raised area that the chickens could go “out” in the event that their normal run was too wet. It will also be useful for gradually introducing new members to the flock or isolating any injured birds. 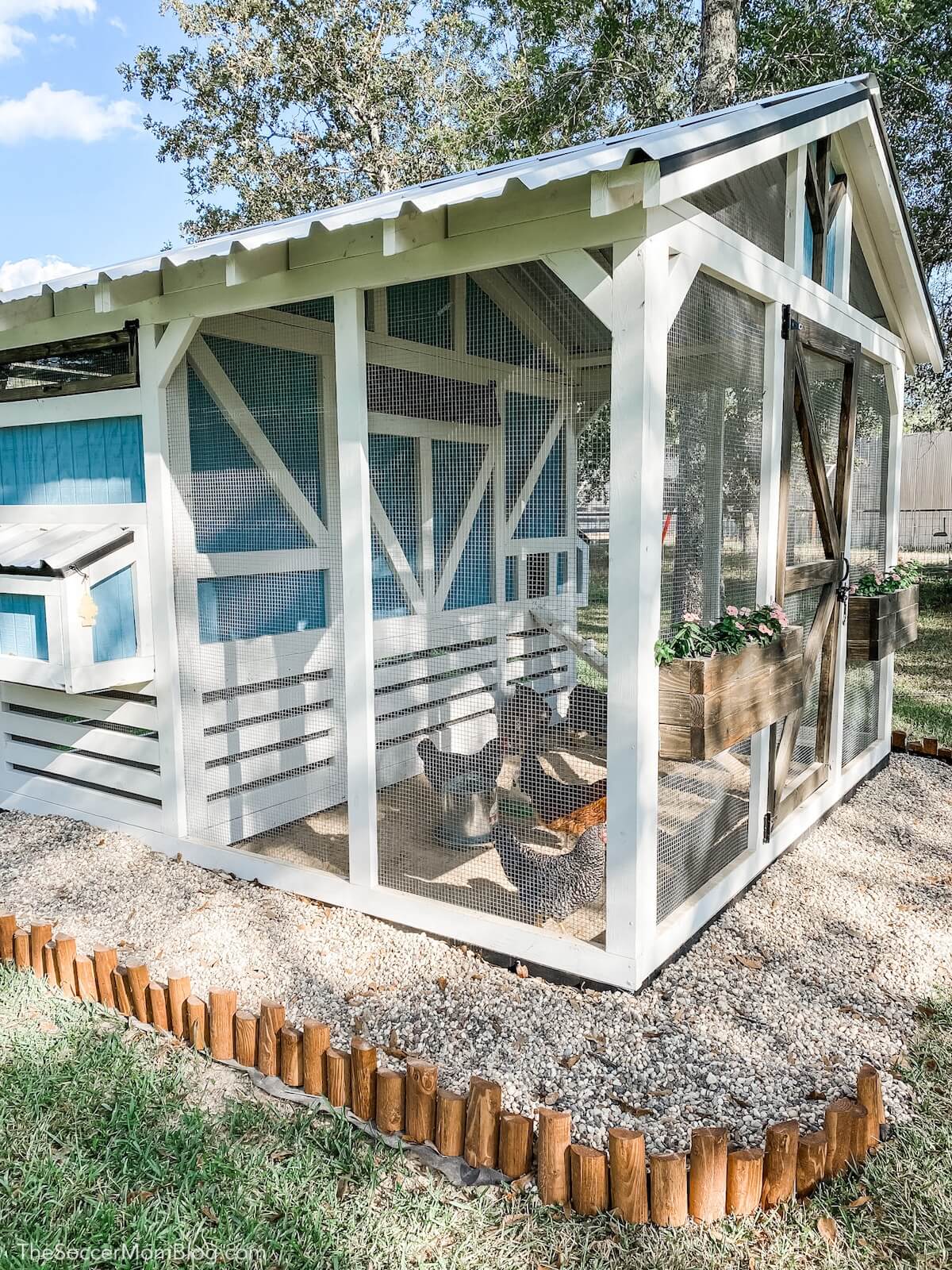 This is a look at our finished coop after the girls moved in and after we buried our hardware cloth apron. We then put rocks on top for extra weight and to keep weeds away from the coop for easier maintenance. I LOVE how it looks!!

Related: Learn more about how to predator proof a chicken coop here! 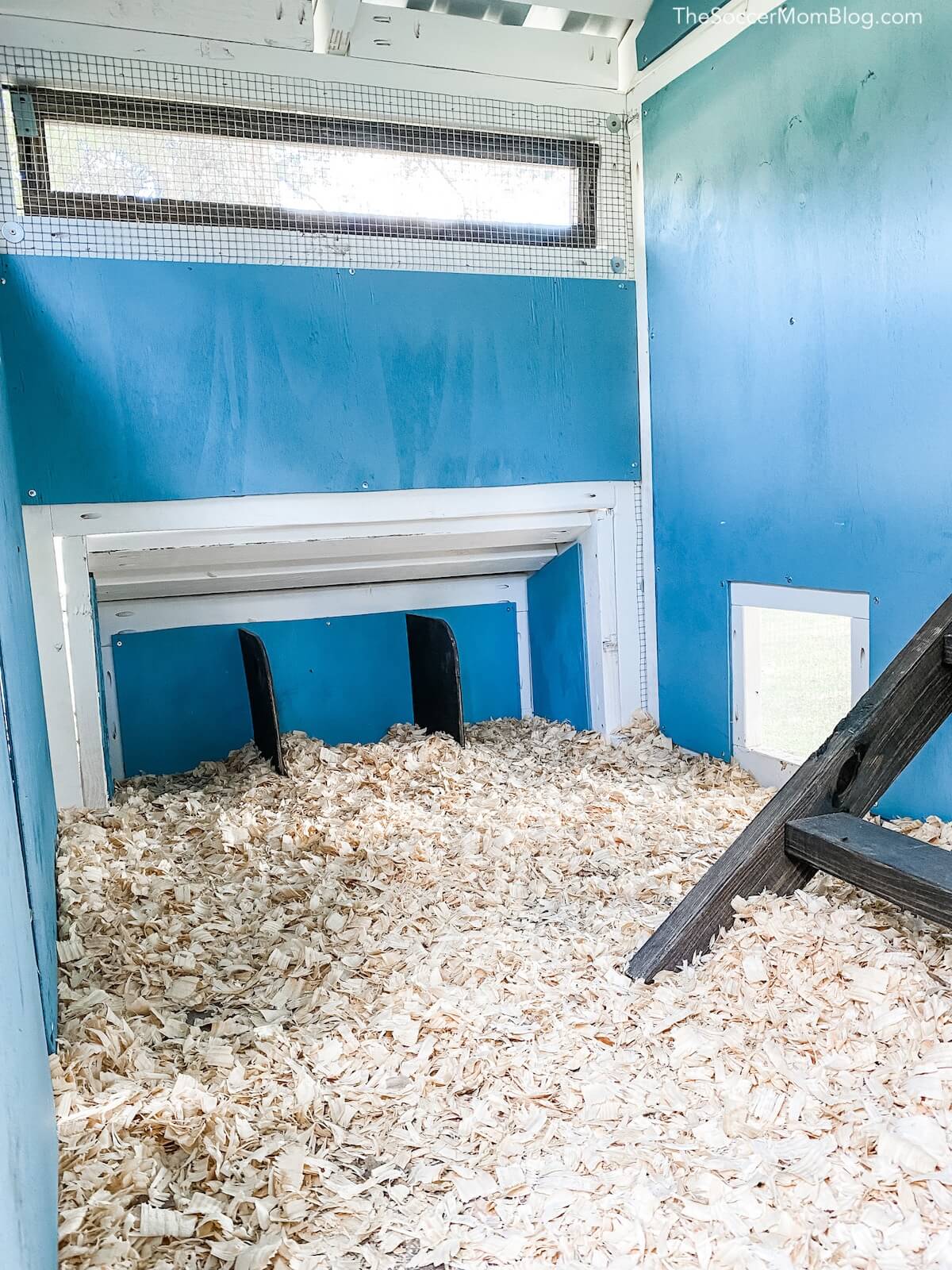 This is a look inside the roosting area. It is HUGE..which leaves me room for more birds someday! The other side of the roost looks exactly like this, with three more nesting boxes (for a total of six).

Beneath the pine shavings is a vinyl coated flooring, for easier cleaning. My previous coop had uncoated plywood floors and they definitely got kind of yucky with the Texas humidity. This roost will stay cleaner much longer! 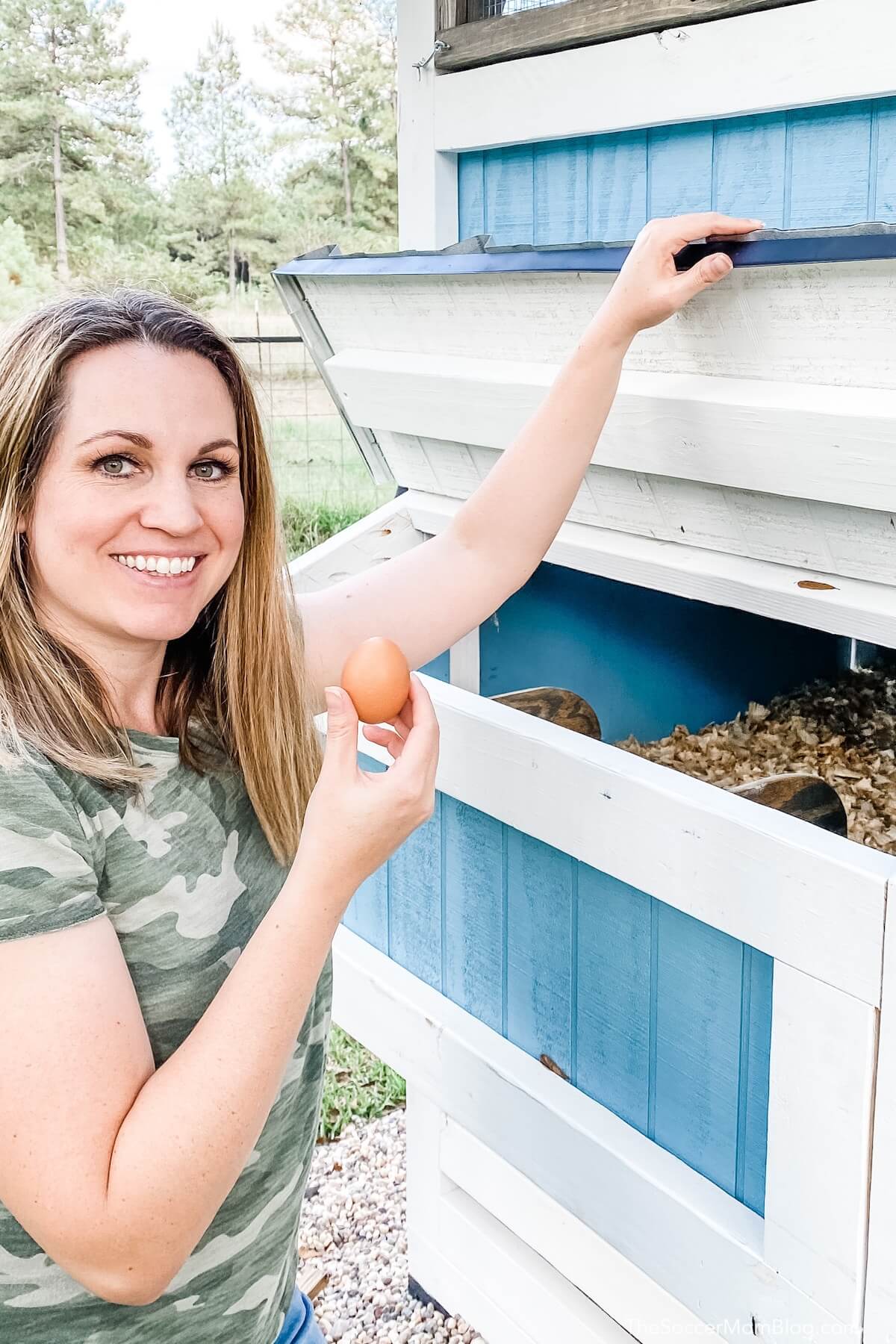 The nesting boxes are easily accessible from the outside. The lid is heavy and also features a hook latch so that animals can’t get in. 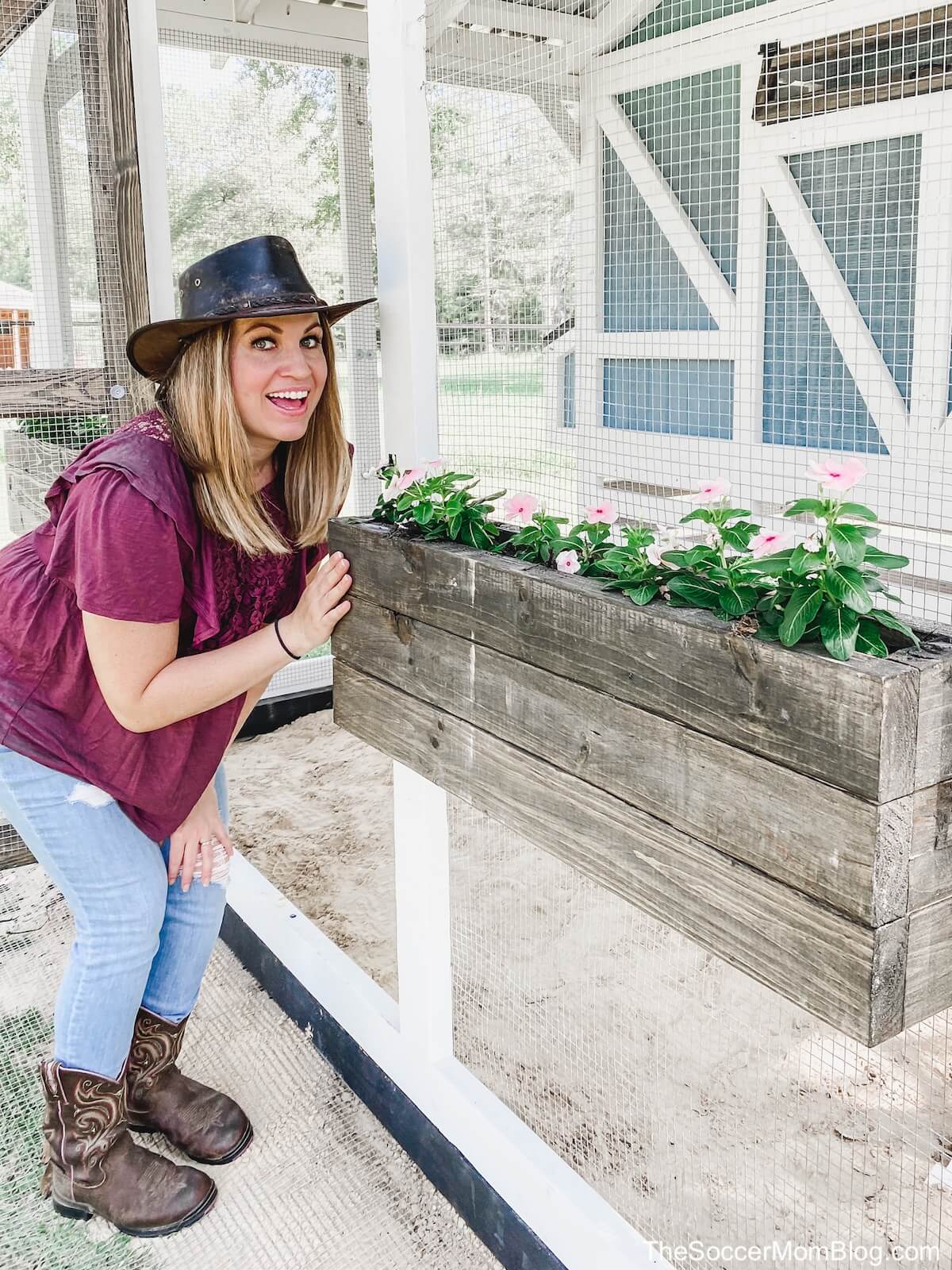 Drake surprised me with these gorgeous wooden flower planters, which add such a special touch! I am watering them every day to make sure my flowers stay alive!

These look like fancy chicken coops, but there is a lot that goes on behind the scenes to make these the strongest and safest coops out there! 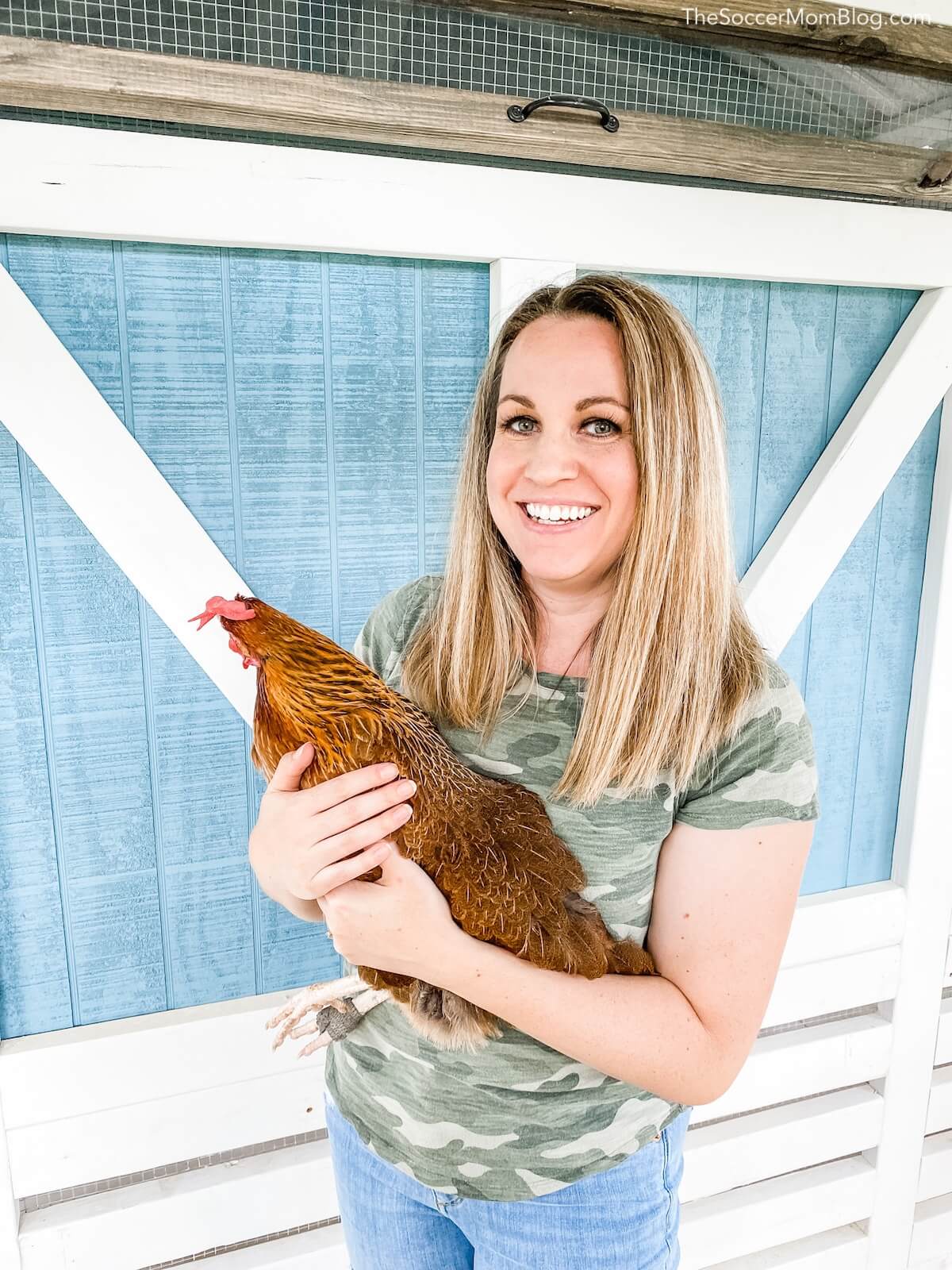 Our survivor…she loves the new coop and bosses around the younger chickens! (She does not particularly love being held lol).

To create the coop of our dreams, we worked with Clifton Visions (based out of Burleson, Texas).  Drake and his team build custom chicken coops, tiny houses, dog kennels, and almost any other type of structure you can imagine! 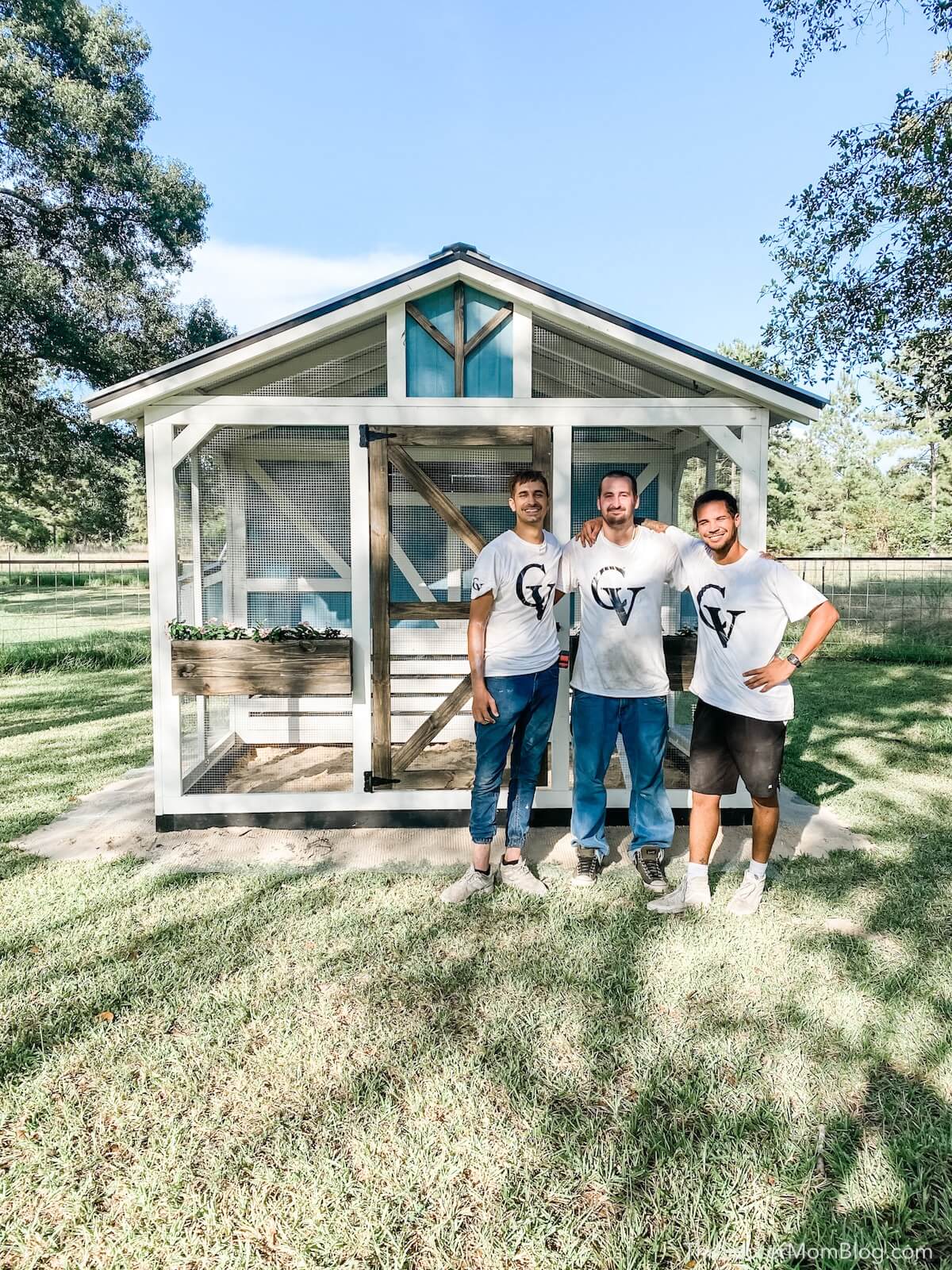 Drake and team build the coop at their shop, then will deliver and install to your site. Our installation took about 5 hours start to finish. They made it look easy! (Though having built a much simpler coop before myself, I know that it is not easy!)

With a 5-acre property, I’ve worked with quite a few different contractors and builders. Drake and his team were the most professional by far! They arrived exactly when they said they would (which is impressive considering it was a 4 hour drive!) They brought all of their own supplies and cleaned up thoroughly when the job was complete (which you’d be surprised how often other builders do NOT do!)

I wanted a coop that was beautiful, functional, and safe. Clifton Visions exceeded my expectations and I can’t recommend them enough!

Disclosure: We received a discounted rate for our coop in exchange for an honest review. 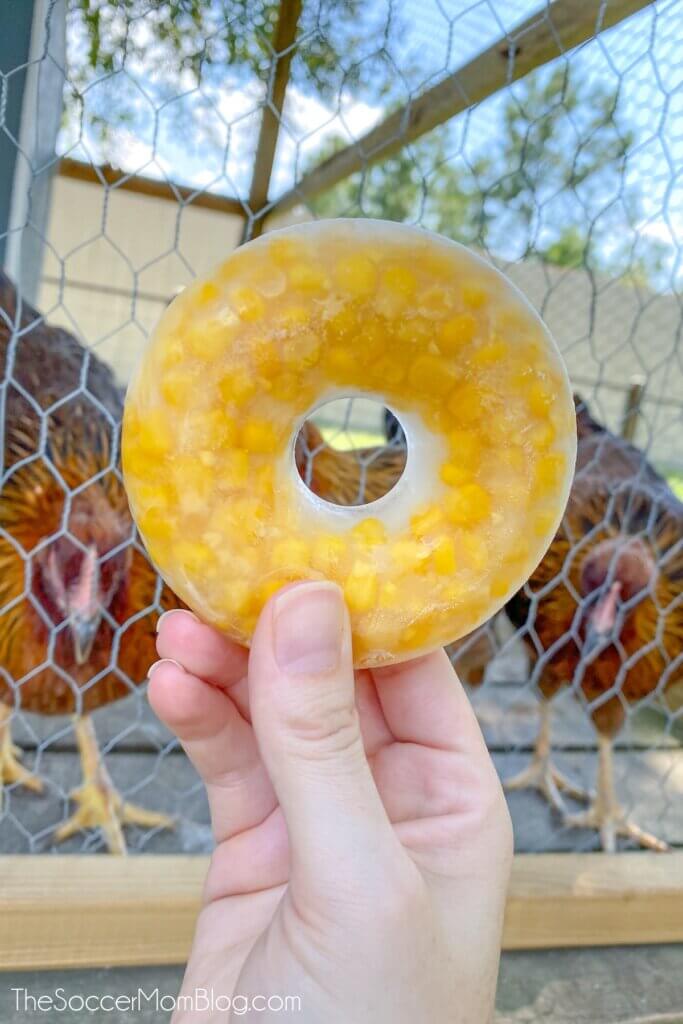 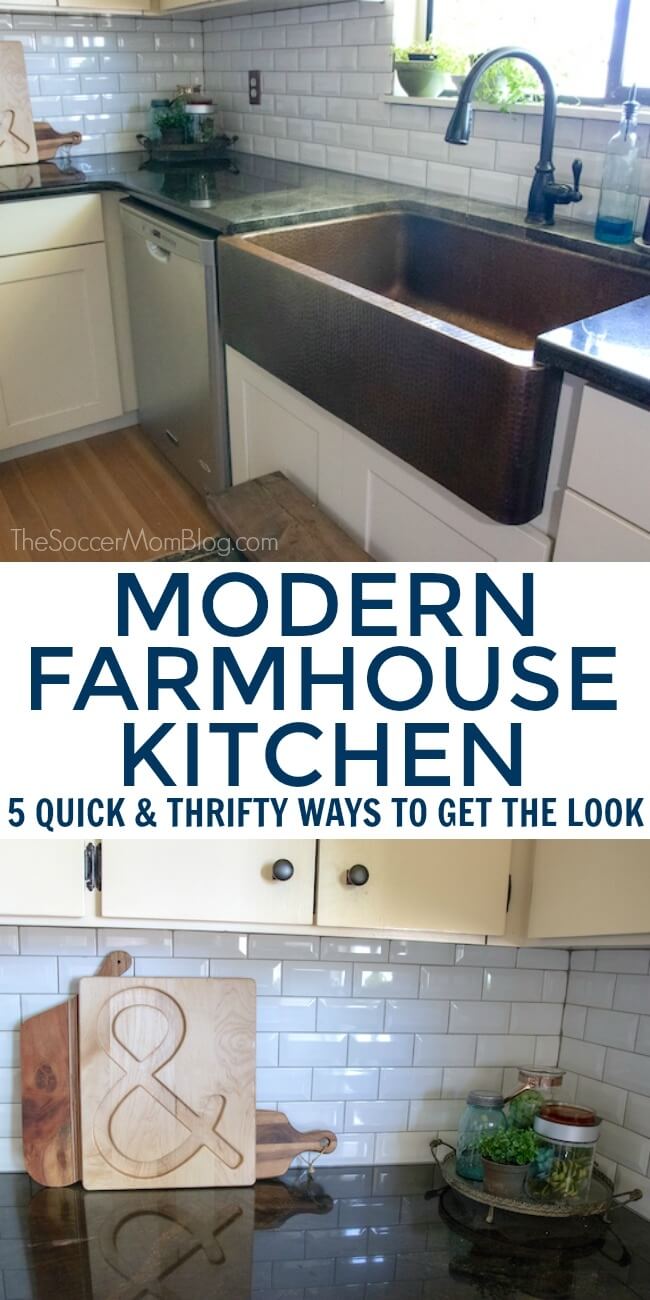 Love the fonts you see? I found some of them here and you can too!
97 shares