PARENTS: There is a TikTok challenge/trend/whatever going around right now that encourages kids to steal/destroy stuff from their school…especially the bathroom.

And then post it on TikTok. It’s called the “Devious Licks” Challenge and here’s what you should know… 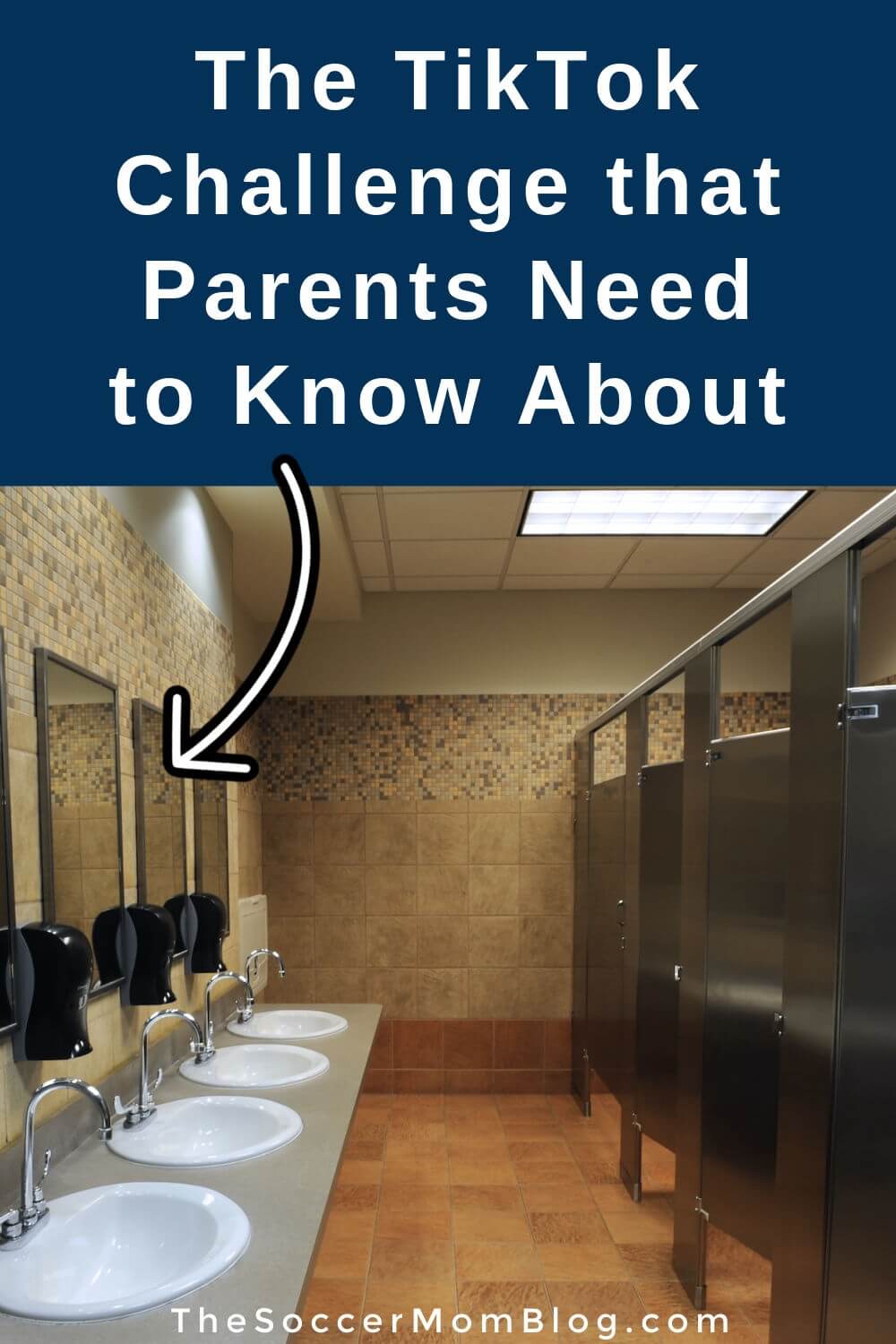 Today my 8th grade daughter casually mentioned at dinner that she had to “hold it” all afternoon because the school bathrooms were locked.

Because some kids had copied a viral TikTok trend and ripped the soap dispensers off the wall and generally just tore up the bathrooms.

It sounds crazy, but teens all over are doing the same thing…or worse…at their schools.

Tearing sinks out of the wall.

All in the name of TikTok fame.

What is the “Devious Licks” TikTok Challenge?

NBC News reported that the so-called Devious Licks TikTok challenge started after a video posted by TikTok user @jugg4elias — followed by a video by user @dtx.2cent showing a stolen hand sanitizer dispenser. Those two videos alone racked up millions of views and lots of copycat videos before they were removed by TikTok.

A screenshot from the now-deleted video posted by @dtx.2cent:

Yes…the videos are that dumb. But they’ve started a phenomenon that is affecting schools around the country…and beyond.

Kids are trying to gain their own viral fame by vandalizing their school and posting videos to social media. The “pranks” have gone far beyond the original, with some readers sharing stories from their school involving poo smearing and stealing teachers’ belongings.

This challenge has picked up steam over the past couple weeks, reaching even the smallest school districts (like ours).

Some have called this Tide Pods Challenge part 2…but this new challenge seems to have gone even further, with more kids participating.

“We expect our community to stay safe and create responsibly, and we do not allow content that promotes or enables criminal activities. We are removing this content and redirecting hashtags and search results to our Community Guidelines to discourage such behavior.”

But is that enough?

What Parents Need to Know

Just because TikTok is aware and has banned the original hashtag, this trend is so viral that it’s kind of taken on a life of its own.

When I searched for the videos to see what my daughter was talking about, the videos are now being posted with different hashtags, often close misspellings of the original hashtag. I found a lot of videos posted under “deviiouslicks” — note the two i’s.

Kids are using phrases like “getting licks in” or “licking.” There are variations on the name, but the basic concept is the same: destroy or take things that aren’t yours. The focus seems to be on school bathrooms, but it’s spilled over into the classrooms, hallways, etc.

It might seem silly to have to explain to your kids why ripping up the school bathroom is a bad idea…but here we are.

There could be real life consequences for these actions…and it’s almost impossible not to get caught when kids are posting the videos of themselves and their actions on social media.

Some schools are handling discipline themselves. Others have explored the option of involving law enforcement. Not worth a few minutes of TikTok fame.

Here’s the letter we received from our school, which makes it clear there could be serious consequences:

What You Can Do

Take this time to talk to your kids. Let them know that YOU know what’s going on.

Remind them that there ARE consequences for vandalism and theft. Because that’s what this challenge entails.

Check their social media, if they have it. TikTok was where this trend started, but videos are also being shared on Snapchat and other social platforms.

Check their phones to make sure that they don’t have accounts you don’t know about. (We do periodic phone checks in our house…it’s not a secret either…it’s just part of having a phone as a teen!) We also have a teen cell phone contract that we all went over together and signed: 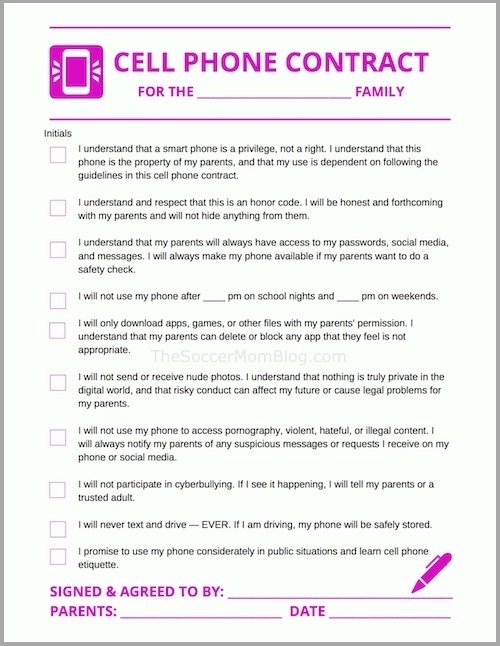 Yes, it is essentially an honor system, but it is a way to get the conversation going and let your teen know that you’re paying attention.

Finally…when talking specifically about the Devious Licks challenge…emphasize that tearing up the bathroom is just being a jerk. If the bathroom is locked it affects EVERYONE.

School is hard enough this year without having to worry about One. More. Thing.

One thing kids forget is that we parents have been there. Maybe we didn’t have social media in junior high and high school, but we do now and we can go viral too!

Let’s use our reach for good.

Related: Online Safety Tips from Google that All Parents Should Know 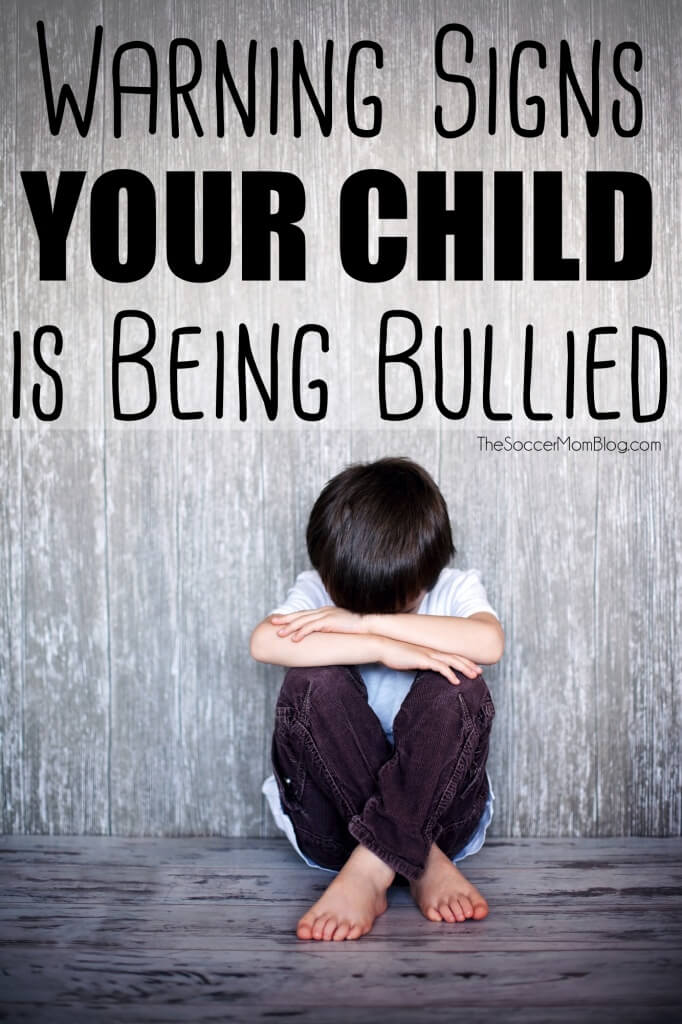 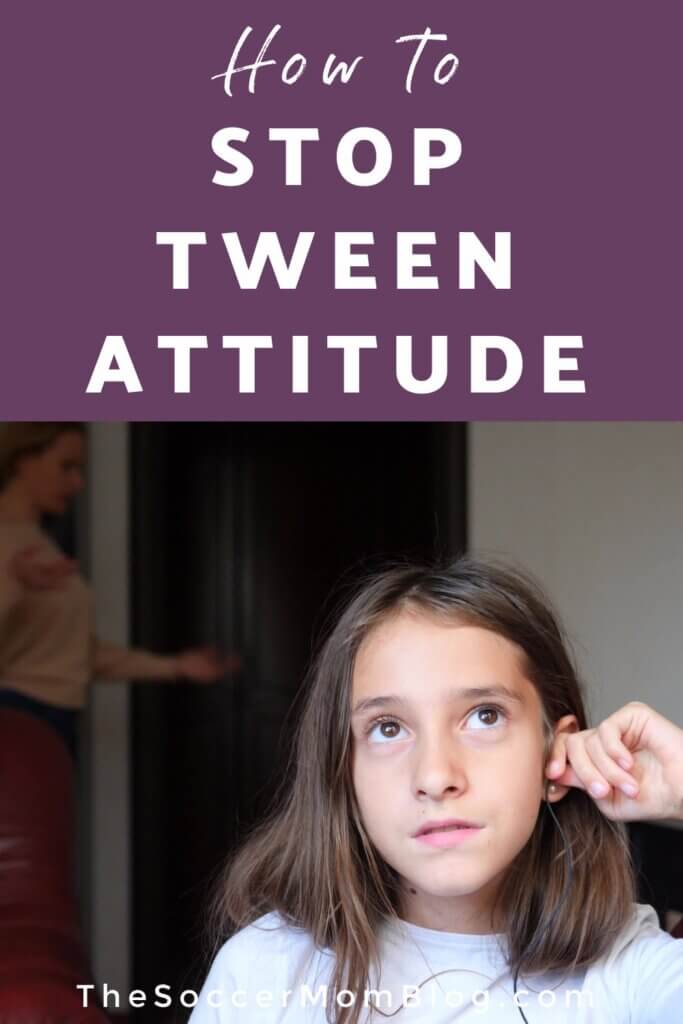 A Surprisingly Simple Way to Deal with Tween Attitude

Love the fonts you see? I found some of them here and you can too!
52 shares