What happens when we stop saying NO so often, and start saying YES to our kids instead. Why a yes day is good for the whole family.

“Give me 5 more minutes and then I’ll have time.”

What your kid hears: “I’m too busy for you.” 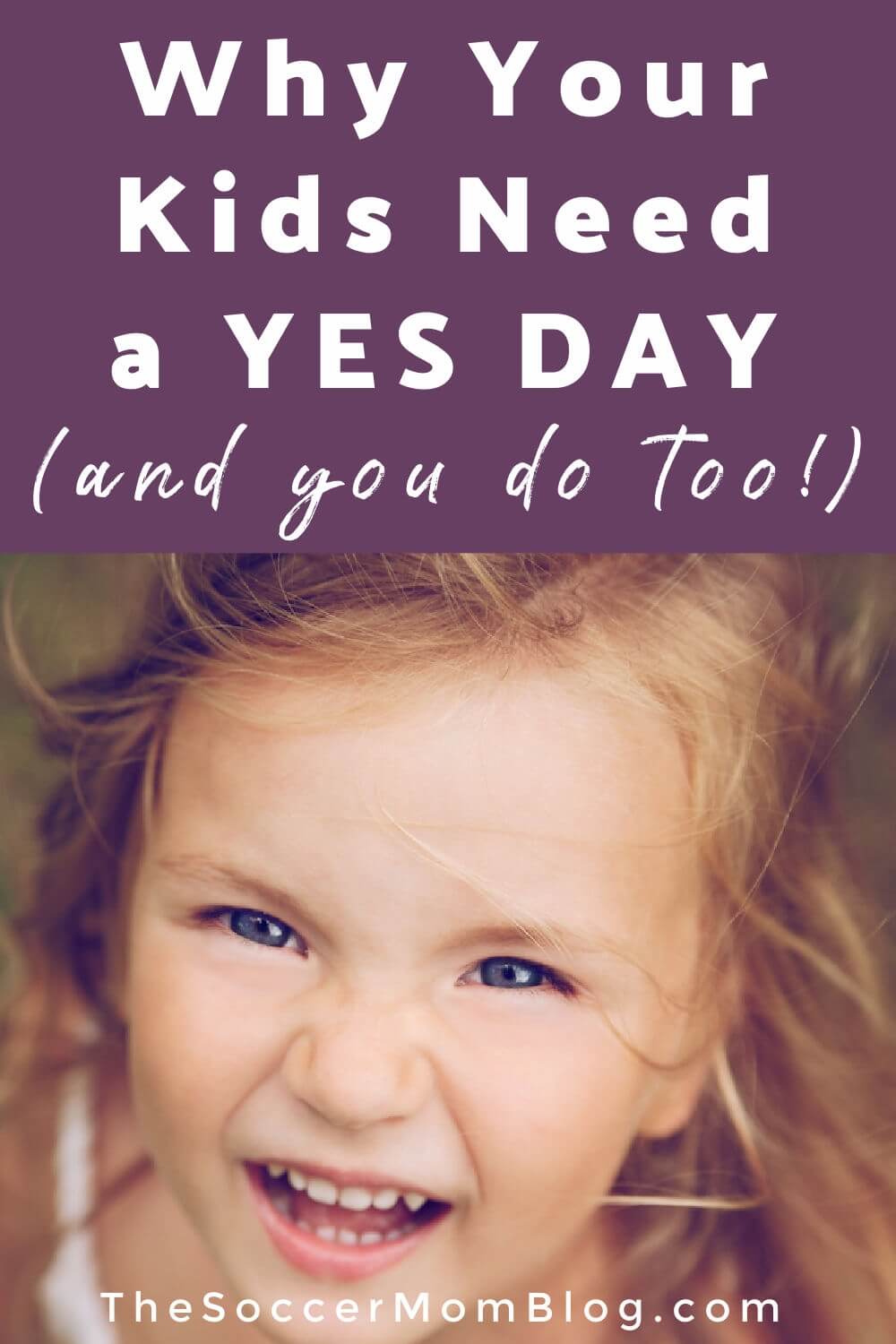 Are we too busy for our kids?

We’re all busy – work, school, kids activities, church, family, cooking, cleaning…the list goes on. We have so much to do and not enough time to do it!

When you’re on a tight schedule or in the middle of a task and your child asks you to stop and play, the knee-jerk reaction is usually to say anything but yes.

“Give me 5 more minutes and then I’ll have time.”

But what if there is no “later?”

I’m not saying that something bad will happen — but rather, what happens when that moment is gone? Maybe they won’t ask again.

There was an opportunity to connect, and it was missed.

But what if we said “YES” instead?

I’m not suggesting that every time your child asks you to play that you drop everything and jump in that very second. It’s ok to have boundaries or to finish something you’re in the middle of doing (like dinner on the stove).

But what if we said “yes” when we could?

What if we gave our child the gift of our time more often?

When you start paying attention, you may realize that you say “no” more often than you thought.

But you can change that! Try saying “yes” when you’d usually say “later” or “maybe.” I promise your child’s reaction will be so worth it! 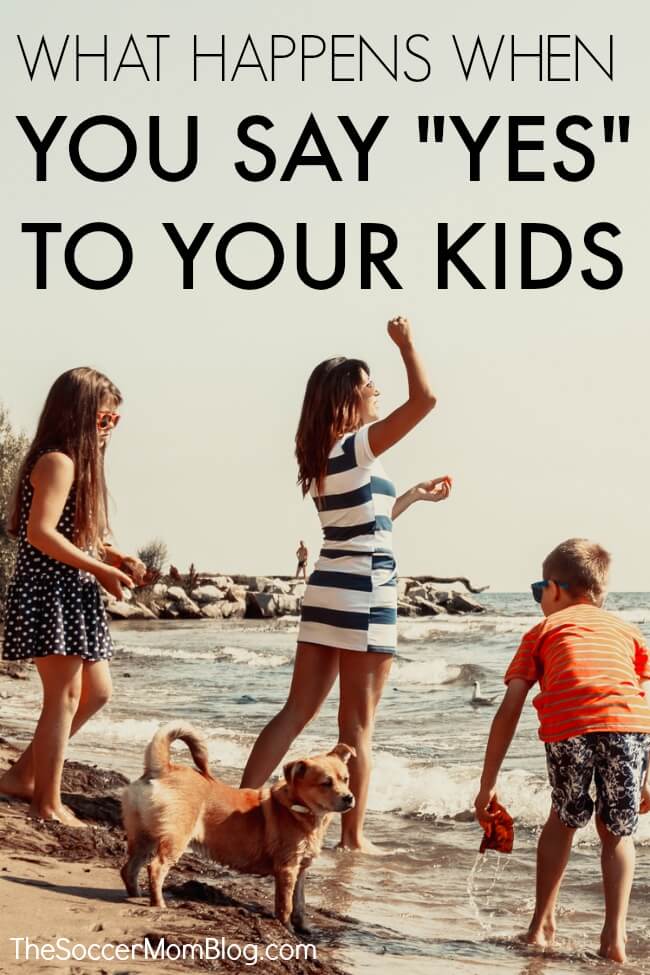 So one day I decided to say YES all day…

Instead, I just listened to them, heard them, and said yes to being present with my kids.

While working on my laptop, my toddler ran over with outstretched arms to be picked up, and in her pleading tone squealed ‘PEEAASEE?”

Today I said “YES.” I shut my computer and squeezed her tight. She laughed and bounced in my lap with glee. All she wanted was to be close to her mama. One word – YES – made her completely happy in that moment.

One word held so much power.

On our afternoon walk the girls asked if we could stop at the playground. It had been raining that week and the ground was still bit wet, and we still needed to get home for dinner.

“Really?!” They almost didn’t believe it!

We had an amazing time dancing and running around the park together as a family.

At night my oldest daughter asked for a bedtime story. It was already getting late. It was a bit past their bedtime. I was exhausted. I thought in my head: not tonight, it’s too late already.

Her face lit up — she hadn’t expected that answer. One chapter and ten minutes brought such joy to the end of her day.

I’m so glad I said yes that day. It made me realize how much I’d missed out on the days where I said “next time.”

Look, your “yes day” doesn’t have to be like the movies! You don’t have to make big plans, go on trips, spend a ton of money, or make a big deal about it.

Take 5 minutes. Get down on the floor and play. Read one more book at bedtime. Say “yes” more often.

You’ll never regret the smiles and the laughs.

You won’t even regret the extra ten minutes past bedtime.

But you will regret missing those special moments, those fleeting moments that might only present themselves once. 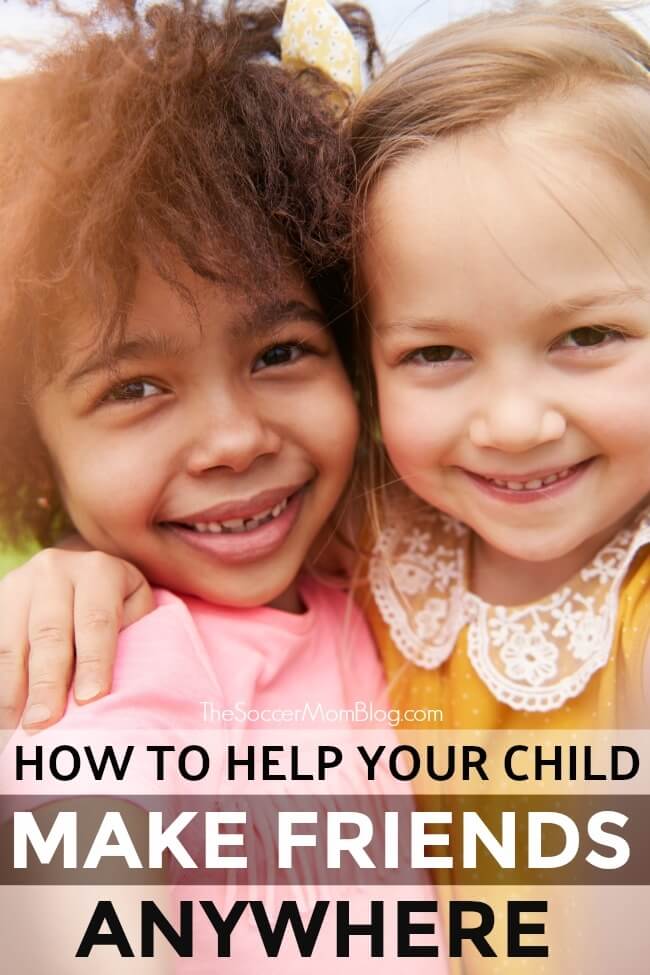 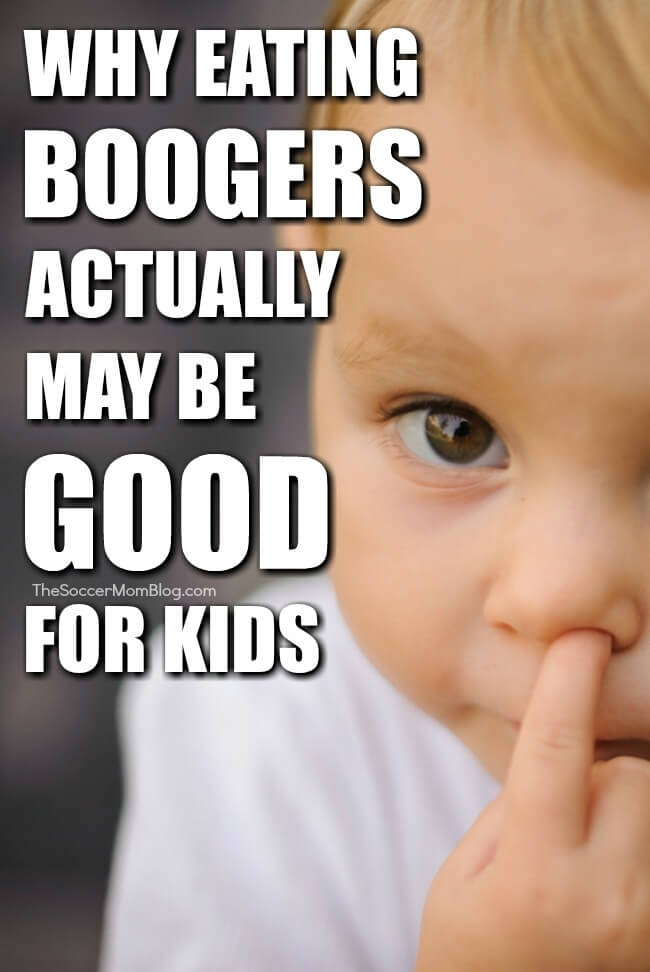 Why Experts Say Eating Boogers May Be GOOD for Kids

Love the fonts you see? I found some of them here and you can too!
950 shares