What’s inside: 16 unexpected free kids toys for hours of play!

Kids toys are expensive! And half the time they end up in a toy box, forgotten…or under a couch, hopelessly lost (until someone gets brave enough to see what’s lurking under there).

What follows is a list of some of the best free kids toys that you probably didn’t even know you had. 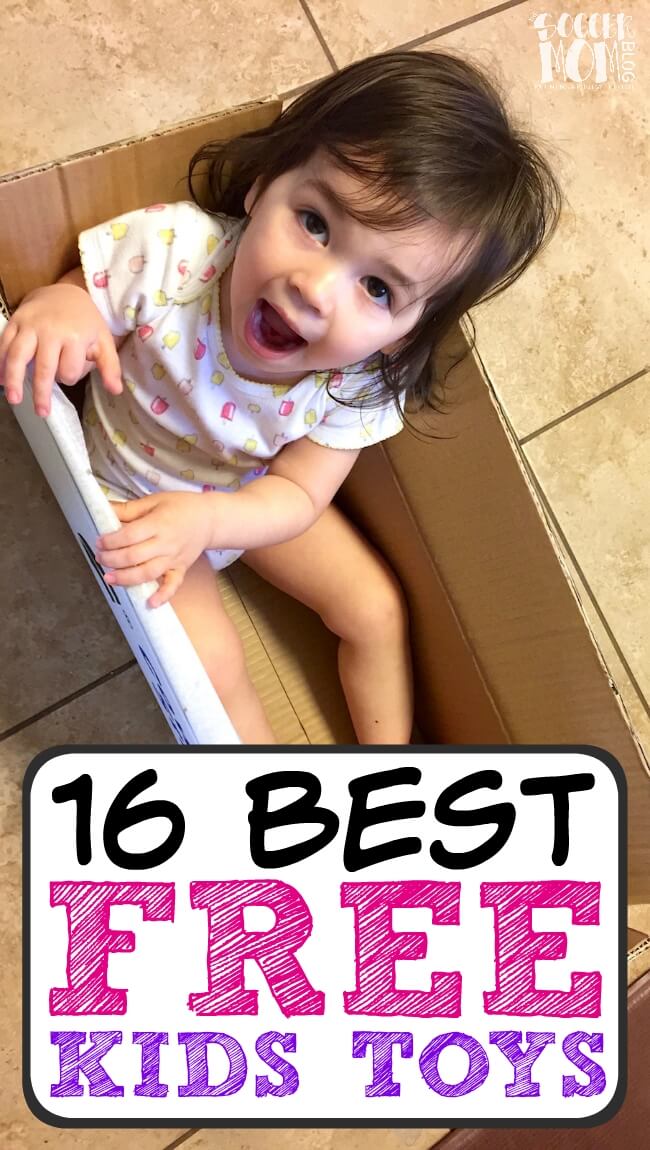 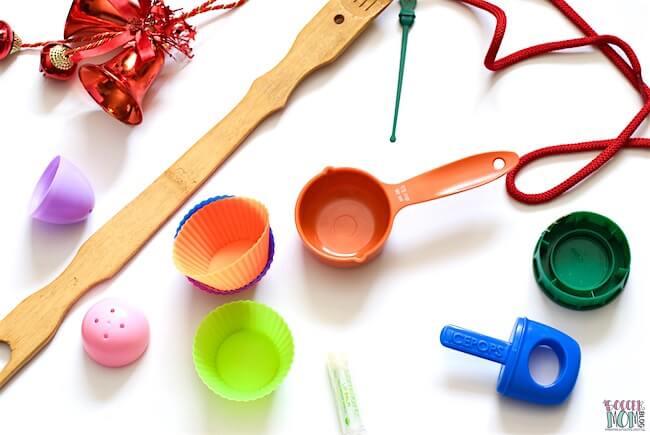 Measuring cups – Any baking project in our house needs to be planned well in advance to make sure all the proper tools have been located first. It’s just as likely to find measuring cups in the toy box as it is in the kitchen drawer.

– See above. But to be fair, they are neon colors and squishy.

Starbucks coffee stoppers – Don’t even think about trying to save these for later…it will be gone as soon as it’s out of your coffee.

Wooden back scratcher – Used for its intended purpose: 5% of time. Used as a giant drumstick for making noise: 95% of time.

Chapstick – Once chapsticks have been discovered, they’re usually a lost cause. Literally lost (under the bed, couch, cushions, stove, fridge, etc. etc.) or they’ve been mashed up from using “just like mom.”

Sunglasses pouch – Perfect for secreting toys and carrying them around. Exponentially cooler than store-bough purses. (Which I guess is a good thing?)

Cabinet locks, etc. – My daughter has laughed in the face of our baby-proofing attempts from day one. Like literally ripped down foam table covers and cabinet locks and laughed. They instead end up in her sunglass pouch.

Popsicle sticks – Not the wooden kind, but the bright plastic reusable sticks from make-your-own-popsicle kits. These were claimed as toys as soon as my daughter became mobile and dug them out of the cabinet. (If you’re wondering why our cabinets weren’t locked, refer to “baby-proofing toys” example above).

Plastic packaging from new set of curtain rods – (it’s vaguely shaped like a stoplight, so it has been the catalyst for a lot of “red light, green light” games). Oddly shaped packaging items are some of the most exciting discoveries.

Name tag or random sticker – Bonus points if said sticker is part of some sort of packaging and meant to be thrown away. There’s nothing cooler than playing with something that is supposed to be trash!

Plastic lids – If you can’t tell, my daughter is leading a charge to save the planet by using “upcycled” toys. Plastic lids are always in heavy play rotation. It’s ok if it makes no sense to us as grown-ups. We’re just not cool enough anymore to “get it.”

Shoelaces – Generally used for everything BUT lacing – from jump rope to “fishing.”

Christmas ornament – It doesn’t matter how many months have passed since the holidays, there are random stragglers discovered around the house all year long. And they definitely do not lose their appeal!

Cardboard box – Ok, I’ll give ’em this one…cardboard boxes are awesome. I played with a huge fridge box in my basement for an entire year when I was a kid. I’d probably still hide in a box now if they made them big enough!

Hopefully it goes without saying, but just in case I want to point out that I’m not recommending giving any of these items to your kids as a toy. I just thought it would be funny to make a list of all the odd things my 2-year old decided are cooler than all the actual toys she owns. Except anything Paw Patrol of course 😉

Does your kid find funny things to play with? Share in the comments below!

Love the fonts you see? I found some of them here and you can too!
65 shares