Most of us probably take them for granted, but these 6 health inventions changed our lives forever, and for the better!

From saving the the teeth of millions of Americans, to saving the lives of thousands of newborns, our collective history would not be the same if not for these innovative products and the company that created them.

Fun fact: These groundbreaking health inventions were all introduced in years that ended with “8.” Just a tidbit for those of you who like interesting trivia like me! 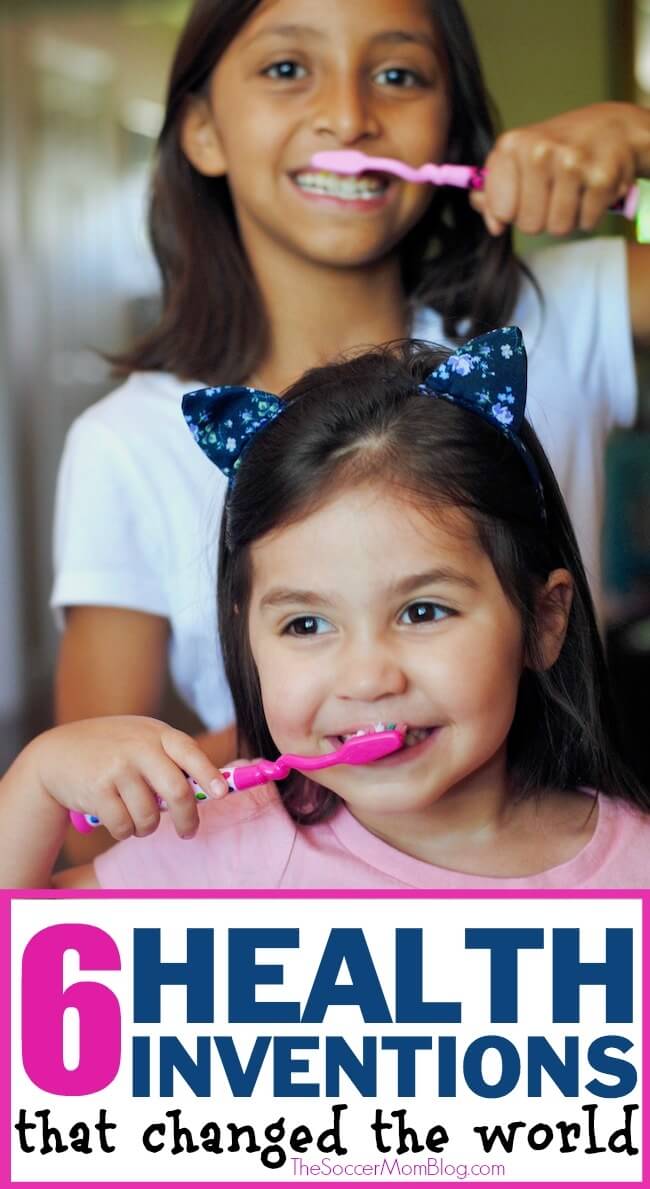 1888 – Johnson & Johnson introduced the first commercial First Aid Kit, which is now a standard in just about every single home and business! (We even keep a first aid kit in our car!)

The very same year, the company followed up with the Modern Methods of Antiseptic Wound Treatment, which provided medical professionals with the training needed to accompany the newly mass produced sterile surgery products.

I can’t go to bed without flossing my teeth, but in the 19th century, dental care was not a part of most American’s daily routine. Johnson & Johnson was an early pioneer in bringing accessible dental care options and education to the public.

1918 – Johnson & Johnson released an Epidemic Mask to fight the deadly influenza outbreak. This seemingly simple creation prevented the disease from spreading as rapidly in the United States and likely saved millions of lives. 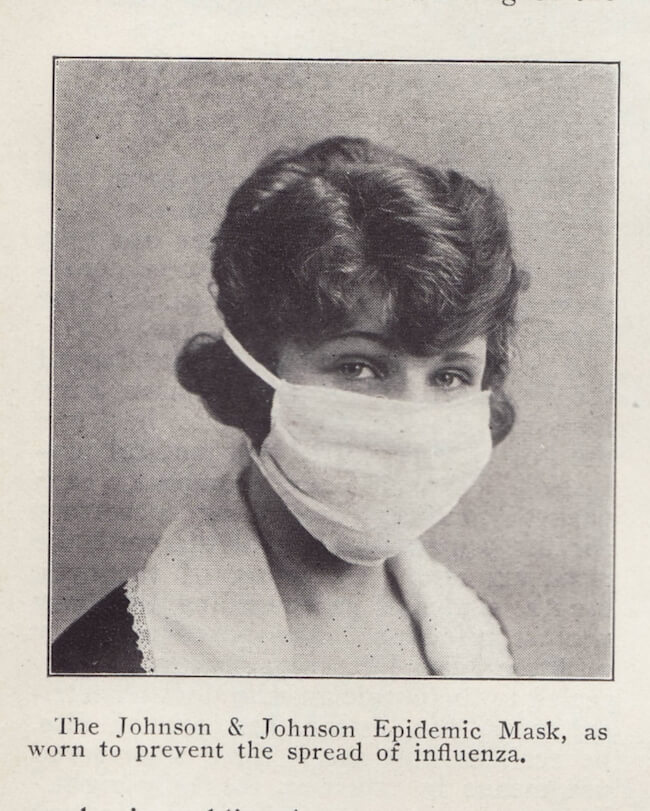 As with dental floss, Johnson & Johnson realized the importance of dental care and the role toothbrushes could play. They continued to improve upon the design, releasing the “new” TEK toothbrush in 1939, which lasted six times longer than others on the market!

1968 – The RHOgam® vaccine was introduced. This groundbreaking vaccine was used to treat hemolytic disease in newborns, which previously claimed the lives of 10,000 infants each year in the United States.

1998 – Forget painful sutures and staples! Thanks to Johnson & Johnson, some skin wounds can instead be treated with Dermabond® Topical Skin Adhesive® (the first of its kind to be approved by the FDA).

I’m sure anyone who has used this topical skin adhesive is grateful for the pain-free way to seal wounds!

More Amazing Things You Might Not Know About Johnson & Johnson

The above health inventions aren’t the only incredible contributions Johnson & Johnson has made to healthcare in the US and around the world. Though they are definitely ones that affect our everyday life in a dramatic fashion!

I was also surprised to learn that Johnson & Johnson has also been a champion of women since the beginning of the company. Click here to find out more about Johnson & Johnson contributions to women’s health care and women’s roles in the workplace.

In fact, in 1908, Johnson & Johnson hired its first female scientist (at a time when women still weren’t allowed to vote). 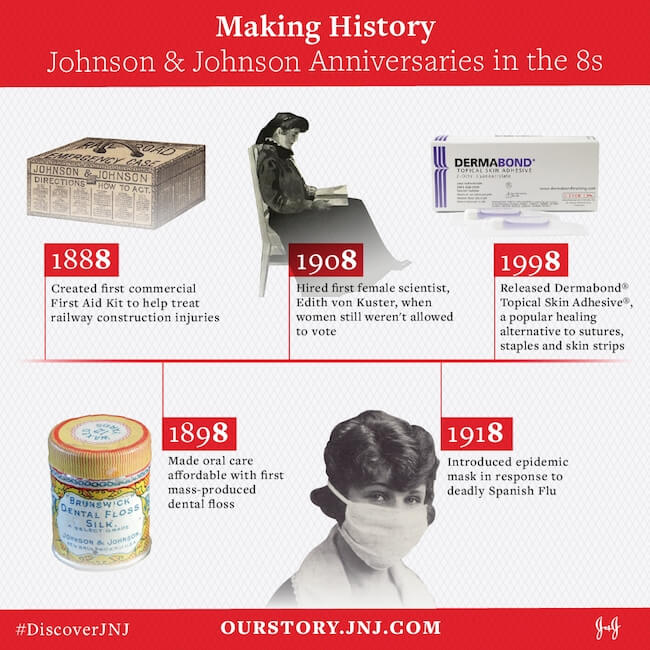 Previous Post: « Are GMOs Safe to Eat?
Next Post: Fruit Infused Water: Ditch the Soda for these 3 Flavor-Packed Recipes! »

Love the fonts you see? I found some of them here and you can too!
25 shares