Home » For Moms » Self Care for Moms » Are GMOs Safe to Eat?

Inside: Are GMOs safe to eat? We went straight to the source to find out. What farmers say about genetically modified crops and what you should know before you buy. Sponsored post.

GMO — those three little letters are almost guaranteed to stir up controversy when talking about food!

If you asked me two weeks ago what I thought about GMOs, I’d tell you that I don’t like the sound of them. That I try to avoid them when possible.

But to be completely honest, I really had no idea what I was talking about.

GMO is an acronym that stands for “Genetically Modified Organism.” It’s often used in the context of agricultural crops and food products, though GMO can actually refer to any living being that’s had its DNA altered.

An article by Purdue University breaks down the process into one sentence: “rather than crossing two plants out in the field, [scientists] insert a gene or two into individual cells in a lab.”

When you put it that way, utilizing GMOs sounds like an easier way to specifically breed the plants we want, and faster.

Even though a large number of the most popular commodity crops in the US are genetically modified, there’s a lot of mixed information in the media about GMOs.

I’ll admit that my impression of GMOs was generally negative in the past, and that I was likely influenced by things I read or saw on television. I accepted that GMOs were somewhat unavoidable (over 90% of our nation’s corn, beets, cotton, and soybeans are genetically modified; source), but that didn’t mean I felt good about buying it.

But did I have a legitimate reason to avoid GMOs? Should I even be worried about it?

Last week my husband and I were guests at Schronk Farm in Hillsboro, Texas for the Field to Fork dinner, sponsored by the Water Grows Initiative, Texas Corn Producers, and the USDA Natural Resources Conservation Service. 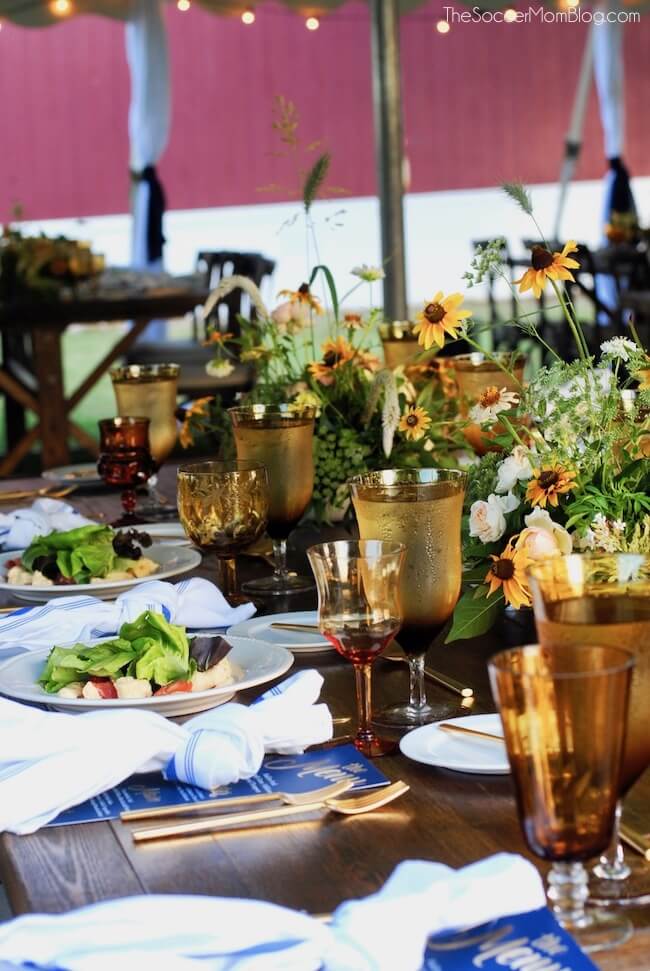 Despite the phenomenal food, what truly stood out was the education we received on where our food comes from and what exactly goes into getting it from the field to the table.

For me personally, the subject of GMOs was what caught my attention, as it is something we hear about often in the media, but it can be hard to figure out what’s true and what is sensationalized for ratings and clicks.

During dinner, our host Rodney Schronk showed us two ears or corn that he’d just grabbed from the fields. One ear came from a field with planted with genetically modified seeds, while the other ear was not a GMO crop. 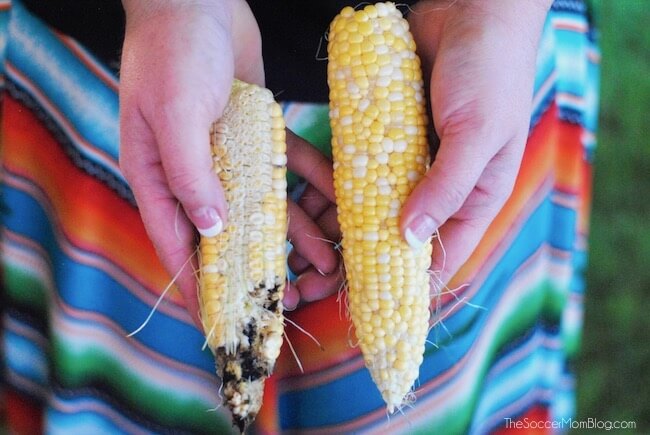 The one on the right is probably what you imagine when you picture corn, and it’s what you’d likely see on the shelves of the grocery store. The ear of corn on the left is substantially smaller and covered in yucky black mold and fungus — inedible.

“This is what food looked like in the 1800s,” Schronk explained as he held up the foul-looking moldy corn (non-GMO).

Incredibly, Schronk has to throw away 9 out of 10 ears of non-GMO corn because it is rotten and/or infested with worms (who leave behind nasty bacteria when they poop). Now THAT is food that is truly unsafe for human consumption.

I don’t know about you, but I’d much rather eat corn grown from GMO seeds than corn full of mold and worm poop!

The following are two misconceptions I had about GMO crops prior to our visit to Schronk Farm (which at 6000 acres is a fairly large operation, but not considered a “corporate” farm):

The GMO corn is engineered to yield more (hence the larger size) as well as resist pests and diseases. Contrary to what you might have heard, non-GMO corn actually requires more chemical pesticides because it is so vulnerable.

Papaya has a similar story to tell, and without genetic engineering, we might not be able to enjoy this fruit today.

Just about all papaya in the United States is grown in Hawaii, but in the 1980s a virus decimated the crop. Genetic modifications created a papaya that is now able to withstand the deadly ring spot virus (which almost wiped Hawaiian papaya production out altogether).

Scientists are also working on drought-resistant crops which would require less water via irrigation and be able to withstand less than ideal weather conditions. As we learned from our hosts (who were in the midst of a drought during our visit), rainfall can make or break an entire year’s crop.

The farmers we met at the Field to Fork dinner surprised us with their technological savvy and commitment to conservation. “We’re using less to grow more,” Schronk says.

Find out more about how Texas farmers are working together to conserve our precious resources and provide for our communities through the Water Grows Initiative.

Misconception #2 – GMOs Are Dangerous to Our Health

Another common concern with GMO crops is that they are detrimental to our health. Some even go so far as to blame GMOs for causing diseases in humans like cancer.

This our host takes personally – “I beat cancer in my early 20s. I’m not about to eat food that I think would cause cancer. I eat this corn. This is what I feed my family.”

This was an “aha” moment for me. Our farmers truly feel that they are feeding our people, and this is a responsibility that they take seriously. 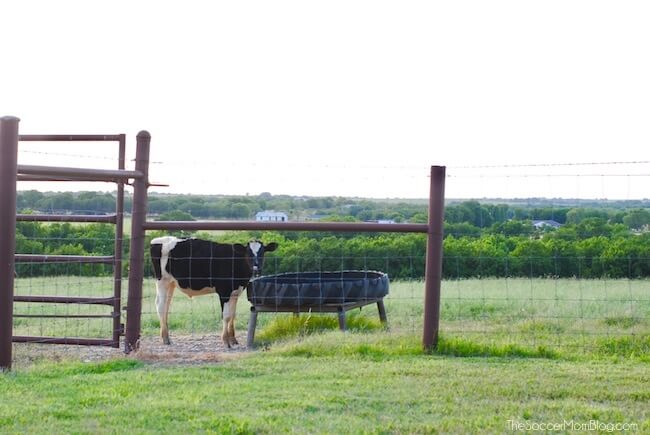 Does the FDA Consider GMOs to be Safe?

“Foods from GE plants must meet the same food safety requirements as foods derived from traditionally bred plants.” The FDA generally recognizes GMOs to be safe and holds them to the same standards as any other foods.

Interestingly, scientists aren’t out there “tinkering” with all of our crops. In addition to corn, the Schronks also raise wheat, 100% of which is non-GMO (the industry standard).

“Farming is in my husband’s blood”

There are two sides to every story, but the prevalent narrative on GMOs in the media seems to be skewed negatively.

I found it enlightening to hear the “other side of the story” from the farmers themselves.

The farmers we met weren’t big corporations. They were moms and dads just like my husband and I — except that they check the weather a lot more than we do. 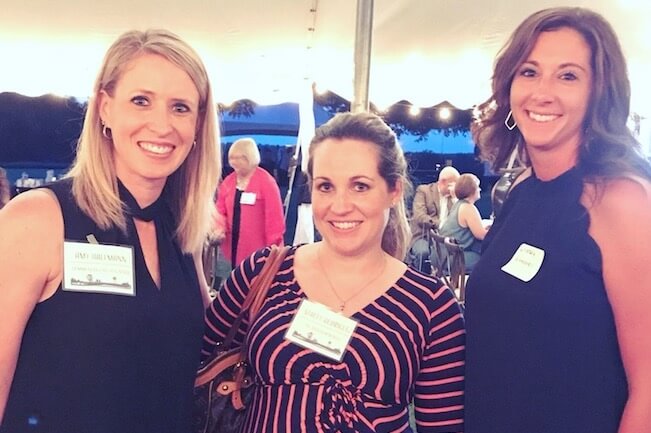 Rodney and Susan Schronk, Todd and Lindsay Kimbrell, John and Natasha Sawyer, Amy Halfman and her family — these are the faces behind the food that we eat. They’re simply trying to support their own families and feed everyone else’s families too. It’s a privilege and a responsibility they don’t take lightly.

Many of the farmers we met grew up on their land, their families working the Texas soil for generations. As our hostess, Susan said, “farming is in my husband’s blood.”

The main thing I took away from meeting Texas corn farmers (and I hope you take away from reading this article) is to always do your own research.

Don’t believe everything you see on TV or read online without checking the facts. You should want to know what you’re eating, but try to go straight to the source when looking for answers.

And when you meet a farmer, thank them for what they do to put food on our tables. 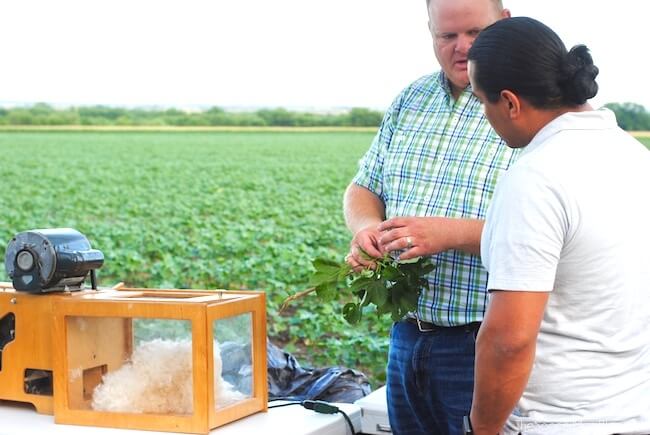 My husband learning how a cotton gin works.

Disclaimer: This post is sponsored by the Water Grows Initiative, Texas Corn Producers, and the USDA Natural Resources Conservation Service; however, all opinions are my own. 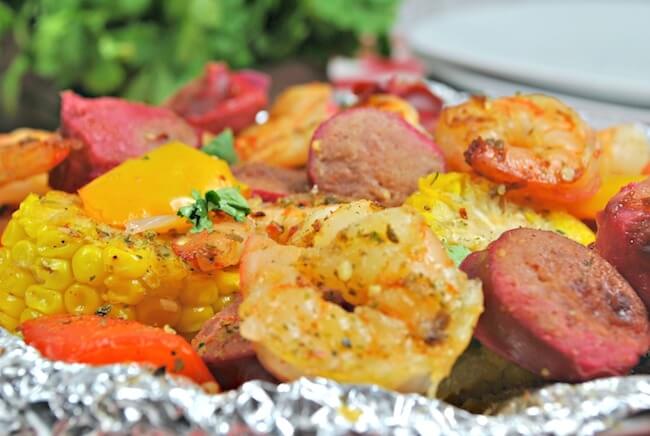 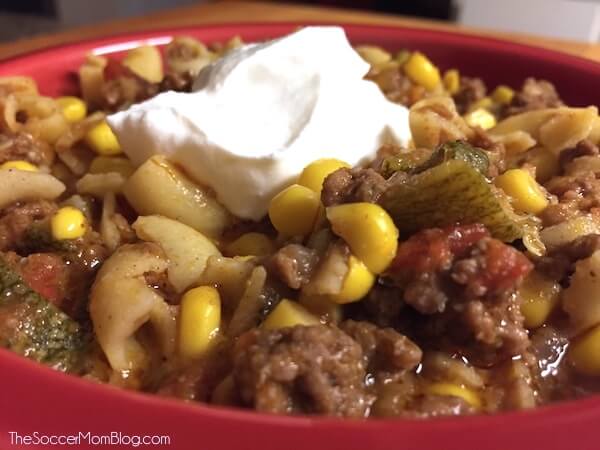 Love the fonts you see? I found some of them here and you can too!
562 shares