Last night, like many parents, I wondered what to tell my children at breakfast in the morning.

I wondered how much or how little to explain. I wondered how to instill confidence in them that our country is a safe place for them, as females, as an interracial family.

It turns out, I didn’t have to tell them anything.

Both my girls woke up and went about their day as if it were any other. A simple, unintentionally pointed reminder that today IS just another day.

My oldest daughter was surprisingly well-informed for an eight year old, having studied and voted in a mock election at school. At one point during the election coverage last night, she pointed to the television and asked, “where are the votes for Jill?” (Green Party candidate Jill Stein). She groaned as Trump’s lead grew, though she was not awake for the inevitable conclusion.

This morning, my daughter didn’t think about it, or she had already accepted the likely outcome from last night. Either way, she didn’t ask.

There were more important things at hand in the morning — things that affected us in the immediate moment — like making sure I knew about an upcoming school fundraiser.

Leave it to kids to humble you and remind you of what matters most in a time of perceived crisis.

I allowed myself to melt into my couch, watching hours of election returns in a disbelieving stupor. I paced the house, under the guise of getting my 10,000 steps in before the end of the day. But really, just pacing.

I worried — about the tangible (our soon-to-be-repealed insurance as self-employed parents) and the intangible (what it means to be a woman governed by an openly misogynistic leader). I allowed myself to do something I don’t do often…which is to do nothing.

And today, that is done.

Before I went to sleep last night, I told myself that there would be no more mindless worrying from that point forward. My girls were there to hold me to that promise when I woke up. 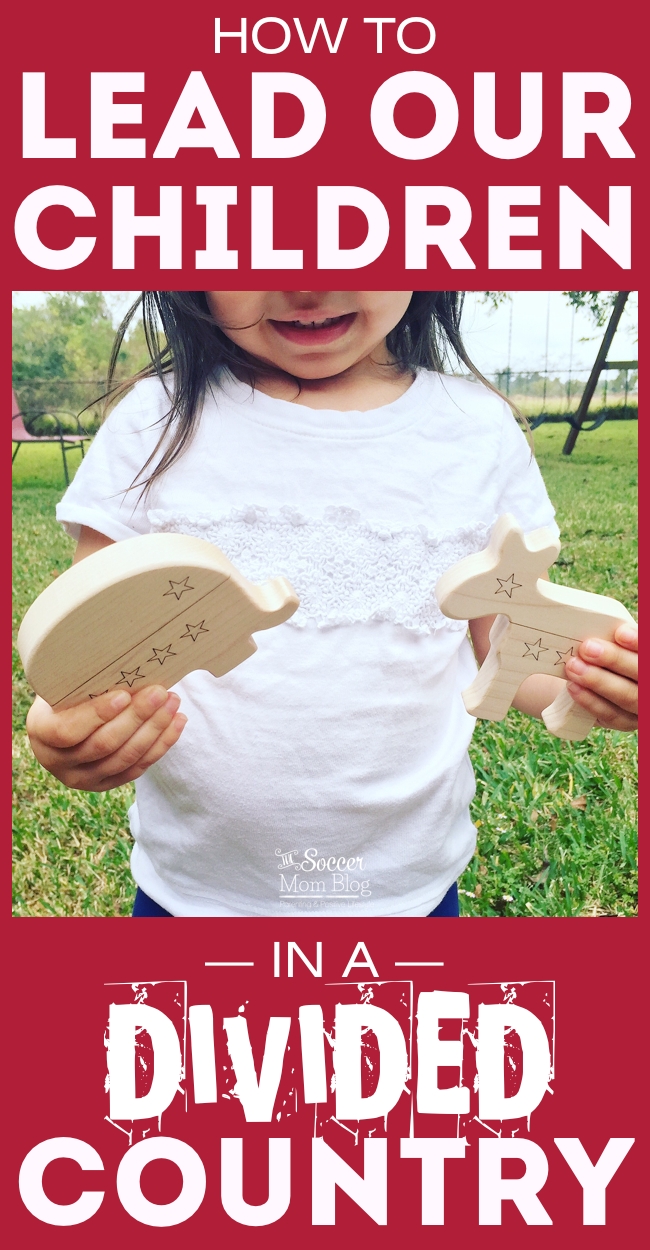 My promise to lead my girls in a divided country

There was a lot of lip service last night to uniting our country, freshly divided by a brutal election season. There was a call from both sides to cross that divide, to heal the open wounds.

At least half of America disagreed with my hoped-for outcome, and their voices were louder yesterday. Many of my close family and friends voted a different way than I.

And yet I am not angry. The worries I have for my family are different than the worries they have for theirs. I can’t be angry that another parent or grandparent votes to do what they think will best help themselves, their family, their community. I did the same for mine.

Anger, fear, and sadness are valid emotions, and understandable after such a monumental event. However, these emotions are not productive and won’t move us forward, so I choose not to dwell on them.

And yet this morning, I see so much hate, vitriol, bitterness, and sadness on social media. From the “winning side” and from the “losing side.” Reading those posts is enough to make you feel like no one really won.

But we are already winners.

While I don’t think our chosen leader is a role model for my girls, he doesn’t have to be. Our children don’t look to the president to decide how to live, what to say, and how to act.

They look to us.

So as a parent, I promise to lead my girls as a positive role model. And I hope you’ll join me in doing the same.

The best part is, you probably don’t need to do anything different than you’re already doing. Just be their parent. Be strong. Be kind. Be the leader that they need in their lives.

We can lead our children through uncertain times. Perhaps we’ll see that we aren’t really as divided as we think.

Love the fonts you see? I found some of them here and you can too!
46 shares