We received the Discovery Kids Dinosaur Factivity Kit and Human Body Factivity Kit to check out from Parragon Books as a part of their Book Buddies program. Each comes with an fact & activity book, as well as a model skeleton to build. 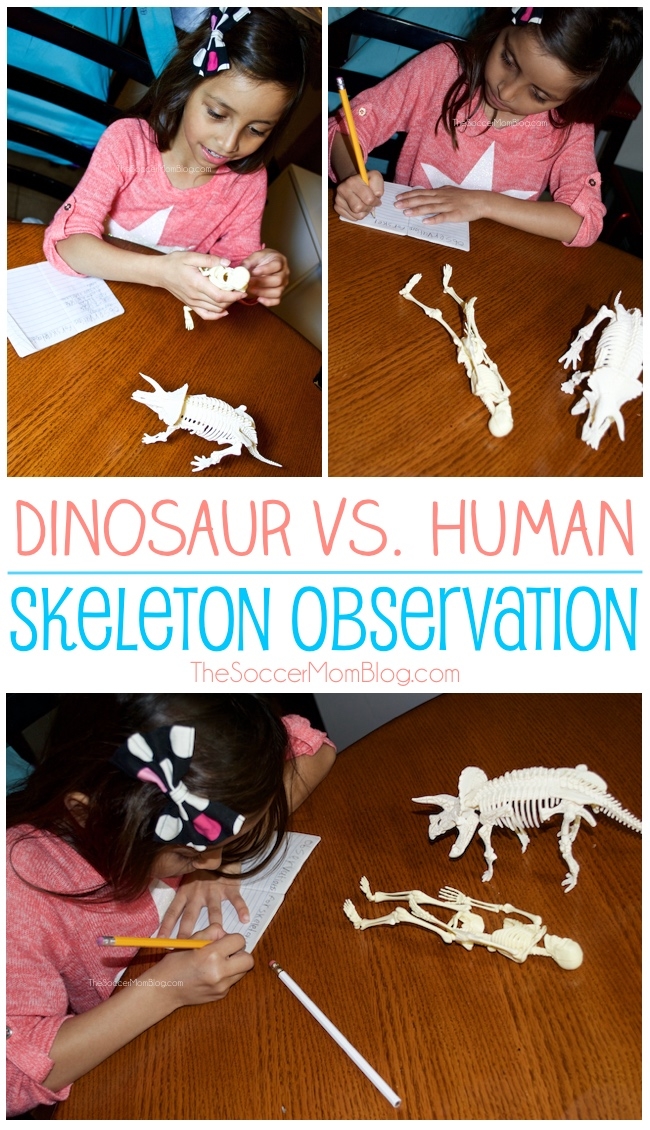 My daughter’s first love is books, so she dove into those right away. Then we decided it would be fun to do a skeleton observation activity, building each model and writing down the characteristics of each skeleton, as well as the differences between them.

These are not complex models (the Triceratops has 14 pieces and the Human has 20 pieces), so they are perfect for elementary age and can be put together fairly quickly by a child with a bit of parent assistance. Lilu is seven, so there were a couple of connections that I helped with, but I tried to step back and let her figure out as much as possible. Either way, it’s fun to work on together!

Lilu grabbed a small notebook and pencil to be her official skeleton observation book. Here she wrote down everything we noticed about each skeleton.

Some of Lilu’s observations about the Triceratops skeleton and the Human skeleton:

Then things got a bit silly, with the human riding the dinosaur like a horse and the dinosaur eating the human — both things that Lilu admitted wouldn’t happen in real life, but apparently they were fun to pretend! 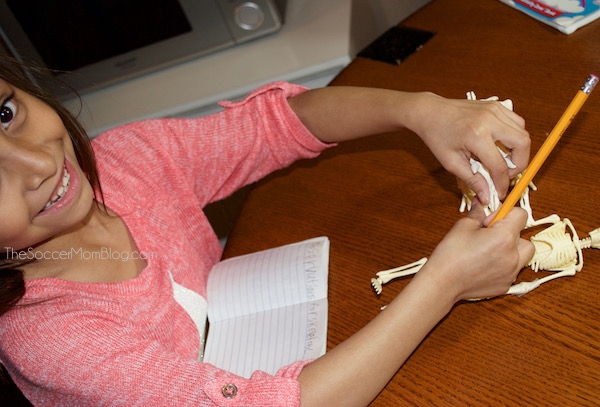 We had a lot of fun with our skeleton observation activity, learning some new facts and just goofing off together. Both the Dinosaur Factivity Kit and the Human Body Factivity Kit are available on Amazon — they would make an awesome gift for the little scientist (or dinosaur lover) in your life!

Latest posts by Stacey aka the Soccer Mom (see all)
Previous Post: « 4 Ways to Help a Child Struggling with Homework
Next Post: Using the “Rock Bottom Price” to Save Money on Groceries »

Love the fonts you see? I found some of them here and you can too!
213shares