A former work colleague of mine had her baby yesterday — there were plenty of pictures posted on Facebook and somehow she managed to look amazing in all of them. (I had a no photo rule for two weeks…more on that later). There was one in particular that seemed to be her holding her new daughter immediately after birth — the look of wonder and love of meeting for the first time was incredible. It was a beautiful shot — and yet I couldn’t help but finding myself a little jealous.

I was blessed earlier this year with AB. In the year prior, I had multiple good friends who also had babies — all but one ended up with C-sections (and she WAS pressured, but held firm since it wasn’t a medical emergency). I watched “The Business of Being Born” and got angry about the rising number of sections (one third of US births!!) and the footage of doctors telling women that their labor was “taking too long.” I was determined that this would NOT happen to me. I had selected a highly recommended midwife and birthing center. There would be no pain meds, let alone surgery. I was strong. I was resolute. I had it all planned out. But none of it went according to my birth plan. 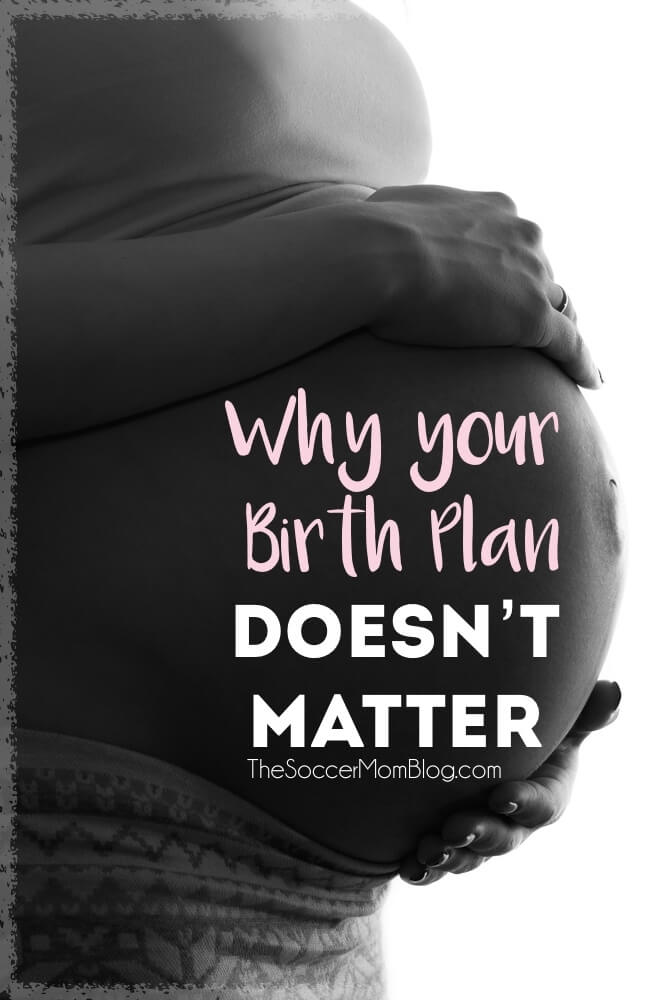 AB was stubborn even before she arrived. She did not want to leave the coziness of my belly. Forty weeks came and went and she had yet to make her appearance. There were plenty of false alarms, or perhaps more accurately described as wishful thinking. My midwife scheduled me to come in at 41 weeks for a little “natural encouragement.” There would be no labor-stimulating drugs of course (a sure recipe for a C-section!), instead I drank special tea, had the lovely experience of membrane stripping, and was sent to walk around Target for two hours.

That did the trick. The contractions got serious and we rushed back to the birthing center. Our midwife confirmed — we were not going home today. We got settled into our birthing room, which was painted a calming shade of green, had a large double bed and a spa tub that I happily hopped in to await the real business. And boy did it get real.

I don’t think anything can prepare you for the pain that is labor. Hours went by, but we were progressing steadily, and soon enough our midwife was setting up to “catch” AB. In an excited voice she told us, “we will have a baby by midnight!”  I glanced at the clock — 5:30pm — ok, well, that wasn’t quite seven hours — my friend labored for almost thirty, so I guess this was doable.

As we headed into the early morning hours, my heart began to sink. I saw tears in my midwife’s eyes. “She’s not getting any closer is she?” I asked. Her head shook. “We can go another half hour, but then we have to make a tough decision,” she said in a sad voice. I knew then what was happening. Soon enough she was calling an ambulance to transport me to the closest hospital. My parents packed up our things, my husband climbed into the ambulance with me, and we began the journey to the unknown.

We had never been to the hospital. We didn’t know the doctors or the nurses and they didn’t know us. They didn’t bother to check the papers our midwife had faxed over, so as I waited for a surgery room to open, I was poked and pricked as they redid ALL of my bloodwork. All the while, they bad-mouthed my midwife for letting me “suffer” this long. No matter that I was the one who insisted on pushing for hours — I did not want to “give up” — I still didn’t. But I knew that I couldn’t get this baby out on my own. It was a sucky feeling.

After two hours of patiently (ha ha!) waiting, and enduring an excruciating contraction that rocked my body every ten minutes (I had managed to slow down labor, but obviously couldn’t stop it), they were ready for me in surgery. To say I was terrified would be an understatement. I was about to let a woman I had met literally minutes ago cut me open. I was not mentally prepared at all. The only thing that gave me strength was knowing that I would soon have spinal anesthesia and the pain would mercifully stop.As they wheeled me into surgery, the anesthesiologist sternly informed me that I needed to hold still in order for him to perform the injection. My response: “I’M NOT &#$@ING MOVING. DO IT.”  Within seconds I was paralyzed from chest to toes — I took deep breaths and tried not to think about how scary it was to be unable to move. People bustled around me (thankfully, my husband was allowed to sit next to me) they led him in, scrubbed and masked. I just stared at him and willed myself not to look up where the metal light fixtures reflected what was happening below. (I mean, seriously guys?!) “Making the first incision.” I felt tugged and stretched like my skin was leather. “Waa!”  Already?! That was my baby?!  And there she was! After all that time, (my midwife’s appointment was at 10am on Wednesday, it was now 7:21am on Thursday) she was finally here.

Poor little AB had a conehead from being squeezed and pushed for a full day. And she was tired too. Too tired to even cry. She just looked around with those huge eyes. They took Matt and AB away while they stitched me up. The most boring and lonely 45 minutes of my life. Then I was sent away to recovery and reunited with my family.

There are no pictures of me with my newborn baby. There are no pictures of me in the hospital. Or coming home days later. I knew during labor (and was correct in my assumption) that my eyes were full of blood from straining. I was dirty, sweaty, hair was everywhere. I didn’t want to remember looking that way. I wanted to forget the entire process of getting AB here. I felt cheated. I felt like a failure. No matter how many times Matt thanked me, or told me I did amazing, or how brave I was, it didn’t matter. I had envisioned what I called a “Lion King moment,” where AB was hoisted up in the air for all to see after I heroically pushed her to freedom, pain be damned! I was supposed to get to hold her immediately, my baby that I had carried for all these months. Instead I got just a glimpse as they pushed my guts aside and pulled her out of my stomach. My arms were strapped to the bed.

It’s taken a long time to come to terms with our birth story. To not feel robbed of what I thought birth was supposed to be like. I felt like a huge jerk for telling everyone how I would NOT be pressured into a C-section that I didn’t want. I had thought that I was somehow better, or stronger than my friends and all the other women who had “caved” to their doctor’s pressure. I had been knocked, or rather slammed, off my high horse. 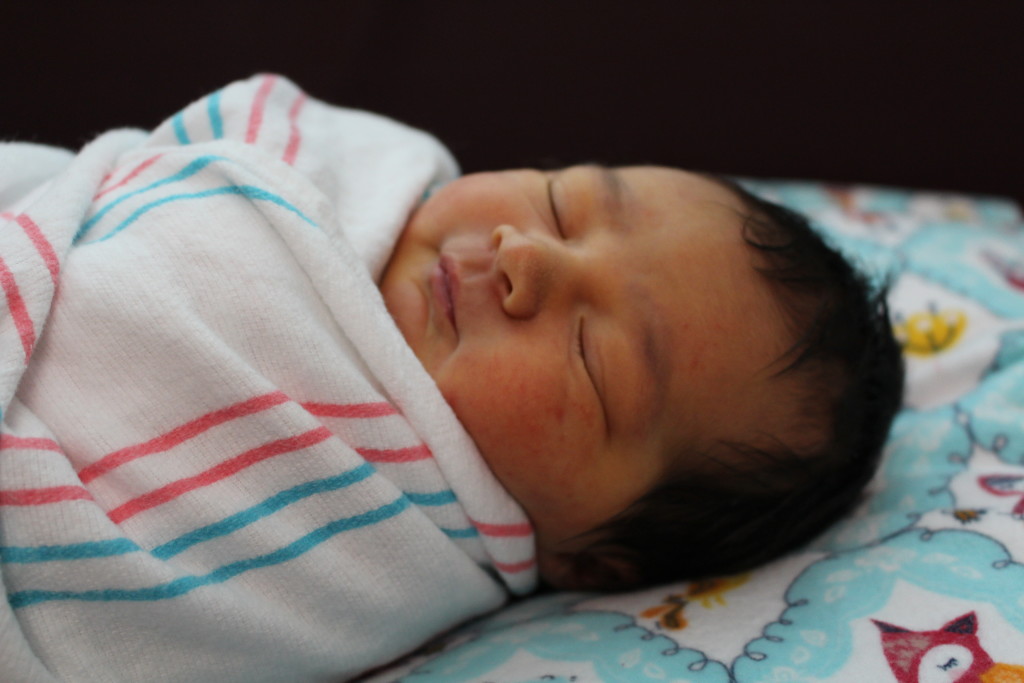 What really matters is that AB is here. She was delivered safely (she was never in danger…I knew from months of kicking and punching in my belly that she was a tough, tough baby). I was beaten up, but I was ok, I would heal. At least now I had something in common with all my friends — we not only traded baby stories, but recovery stories as well.

Any regrets? There’s no point in that. Will I ever try again? I don’t know  Would I try again for natural birth? Not sure. Sign up for a C-section right off the bat? I’d still hesitate to sign up for that torture. Try the epidural (which I had demonized) and allow my body to relax at least? Possibly. Fortunately, I don’t need to make any of those decisions for a long time. The memories of that day have faded somewhat, and I’m sure that as the years go by I will hardly think about how AB got here. But every now and then, as happened today, I am reminded that you can think and dream and plan and hope all you want, but childbirth is still a miracle and a mystery that we can’t fully understand, much less control.

It’s never a waste of time to have a birth plan, but keep in mind that it is just that, a plan. And things don’t always go according to plan! One thing I wish I had added to my birth plan was what to do in the case that I DID need a c-section, but I wouldn’t even consider the possibility until I was in that very moment of necessity. So plan away mamas, but don’t be so attached to that birth plan that you feel like a failure if it doesn’t work out exactly as you’d hoped. Getting your baby here safely…any way you can…is what matters most!

Disclaimer: This post is based on my own personal experience; I am not a medical professional. Consult your trusted care provider when making preparations for childbirth. 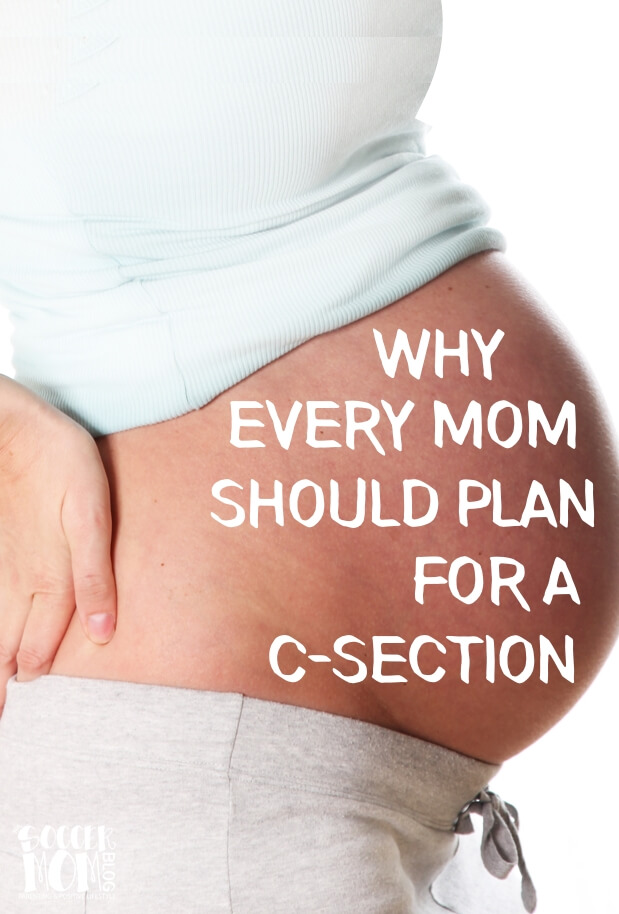 102 Things You Never Say to A Pregnant Woman

102shares
Previous Post: « Why I Gave up on Being the “Cool Mom”
Next Post: Stuff I Love: Photo Art »

Love the fonts you see? I found some of them here and you can too!
102shares