These delicious Apple Pie Cupcakes are the perfect sweet treat for any fall feast! They’re surprisingly easy to make and full of flavor, with apples baked right into the batter! 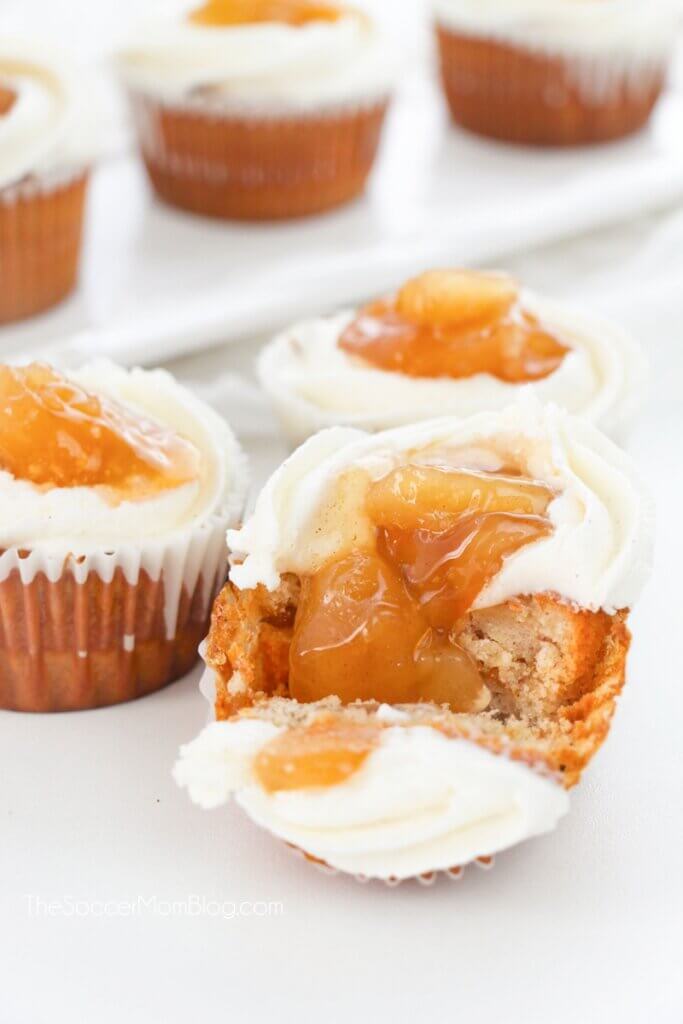 Making a whole pie can take a lot of time, and frankly, after making pumpkin pies and pecan pies, it’s nice to have a little change of pace.

You can put together these delicious Apple Pie Cupcakes that taste like an apple pie but in an easy to eat cupcake form! It takes less than an hour to whip up these delicious cupcakes!

Forget spending hours trying to get your pie crust just right, with this easy Apple Pie cupcake recipe; you can feed a crowd, or your family, tasty cupcakes in half the time!

Just look at these mouthwatering cupcakes, creamy frosting, and cinnamon on top. You can see how awesome these are without even making them yet! 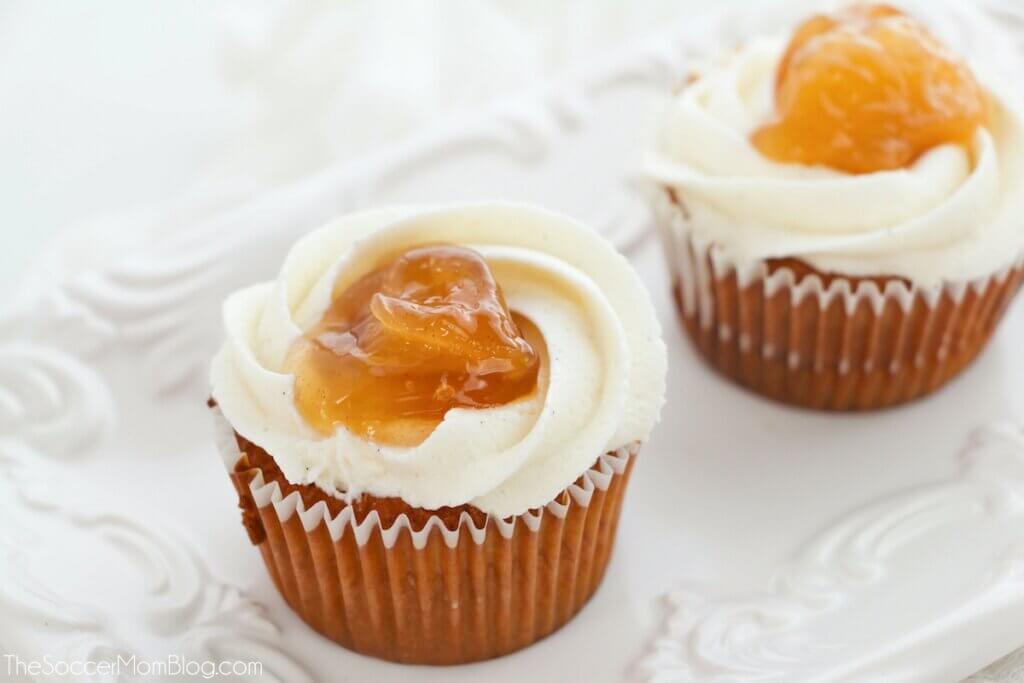 What you need to make Apple Pie Cupcakes

For your convenience, I’ve included shop-able ad links to some of the products used to make this apple cupcake recipe. Disclosure policy available here.

For the Cinnamon Vanilla Frosting

How to Make Apple Pie Filling for Cupcakes

We used canned apple pie filling because it’s a big time-saver and has a thicker consistency that holds up well on top of the cupcakes.

However, you can absolutely make your own apple pie filling from scratch — this is our family recipe for stovetop apples. Keep in mind that the juice for homemade apples will be thinner in consistency than the canned variety, unless you use a thickener while cooking them, 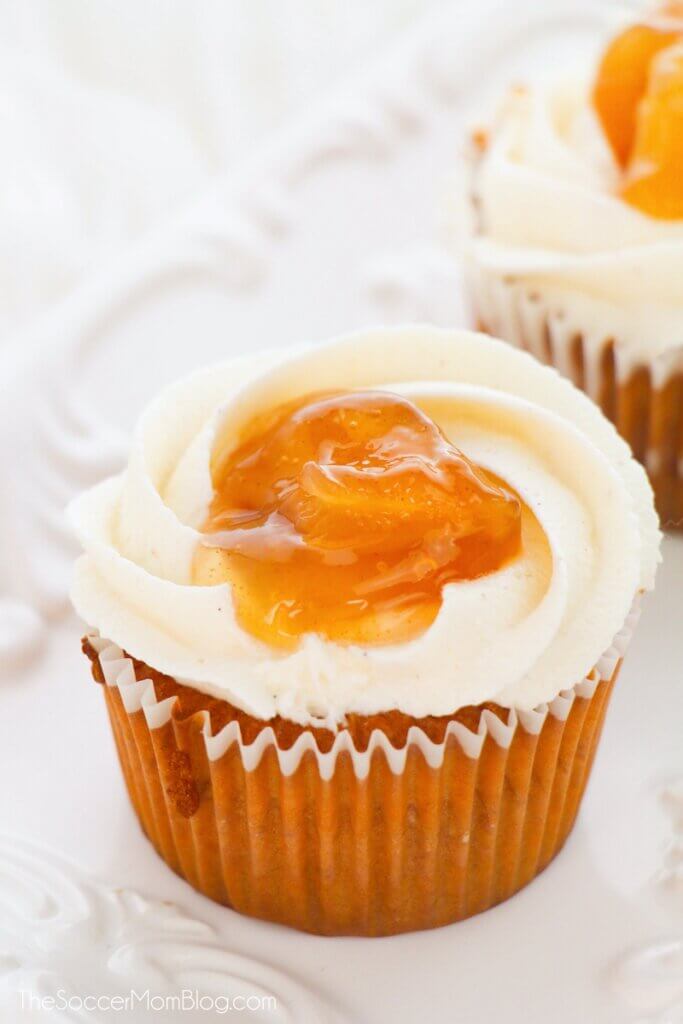 How to Fill Cupcakes with Apple Filling

There are two main ways you can make filled cupcakes:

Both are pretty easy, but we decided to do the second method because some of the apple pie filling bakes right into the cupcakes so they are extra moist! 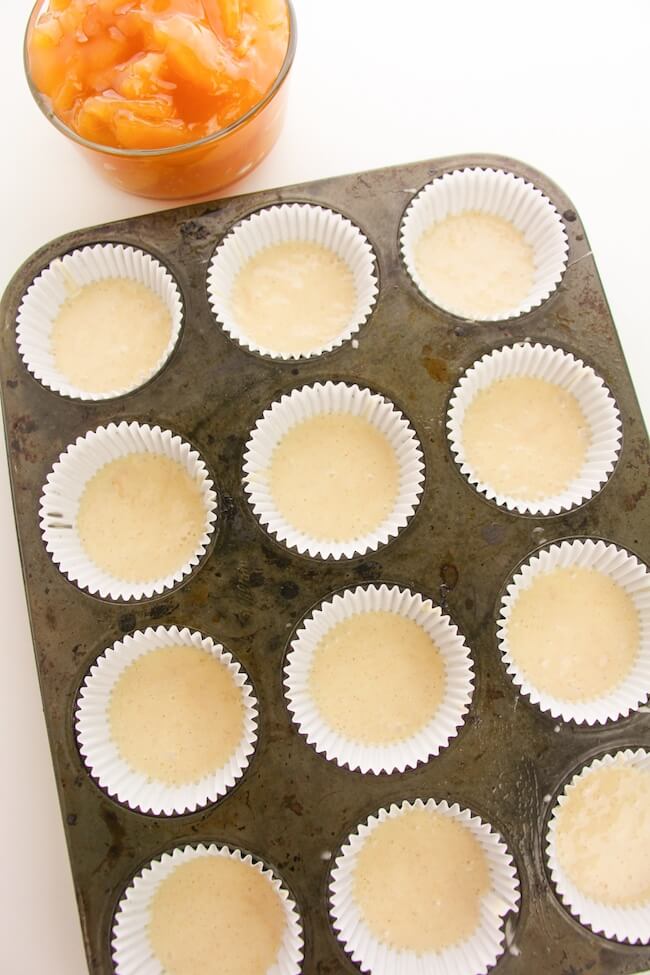 To start, you’ll fill the bottom of the cupcake liners with a heaping Tablespoon of batter and bake for 5 minutes – just enough to start to set.

Now, put a spoonful of apple pie filling in the middle of each cupcake liner: 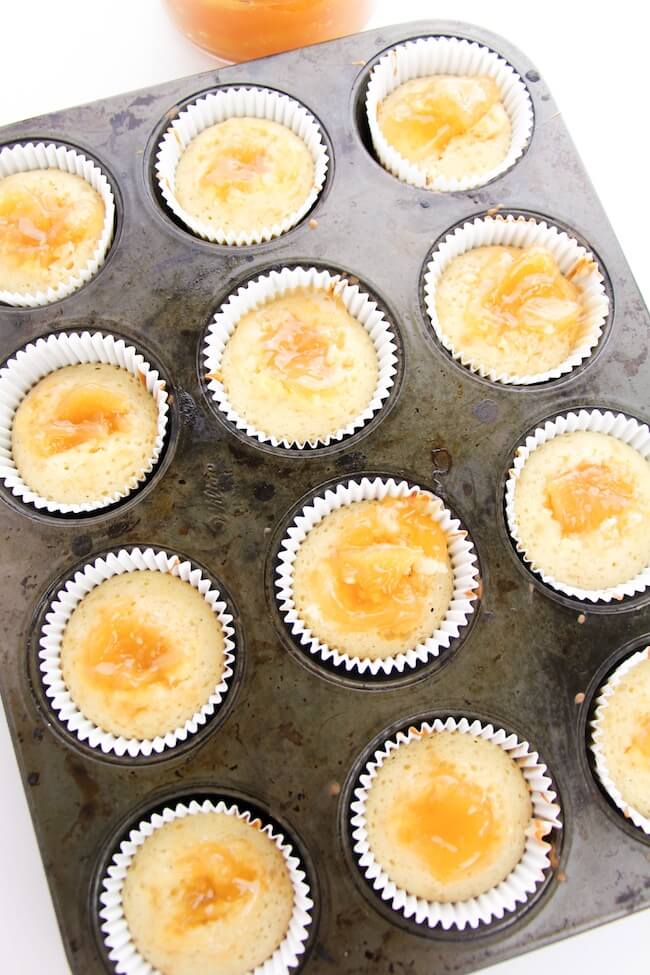 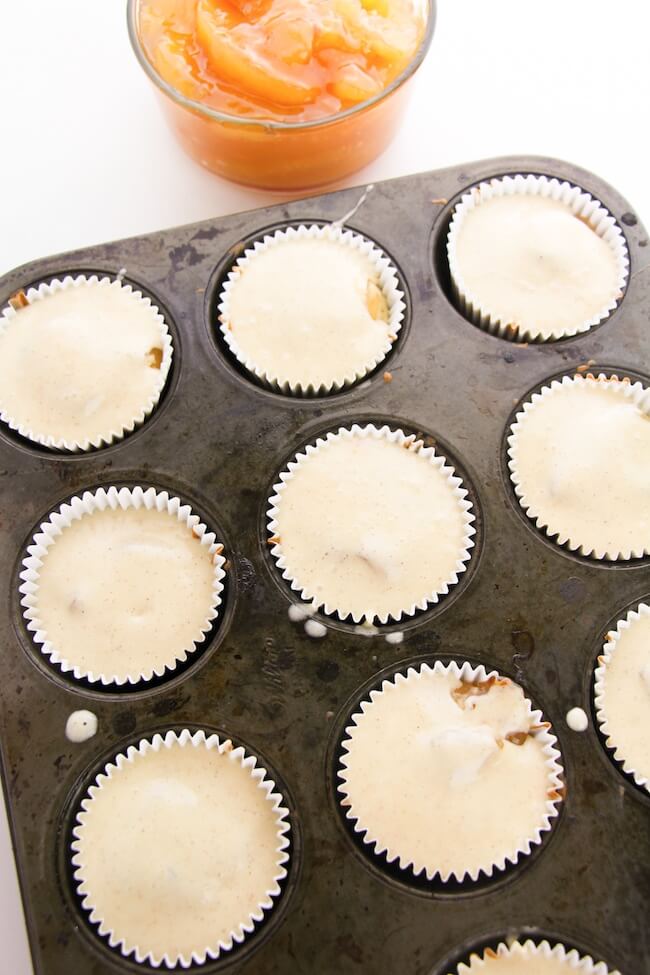 Now finish baking for 10-12 minutes, until the cupcakes are done. They will be moist, but the batter should not stick to a toothpick when you stick it in the middle of the cupcakes. 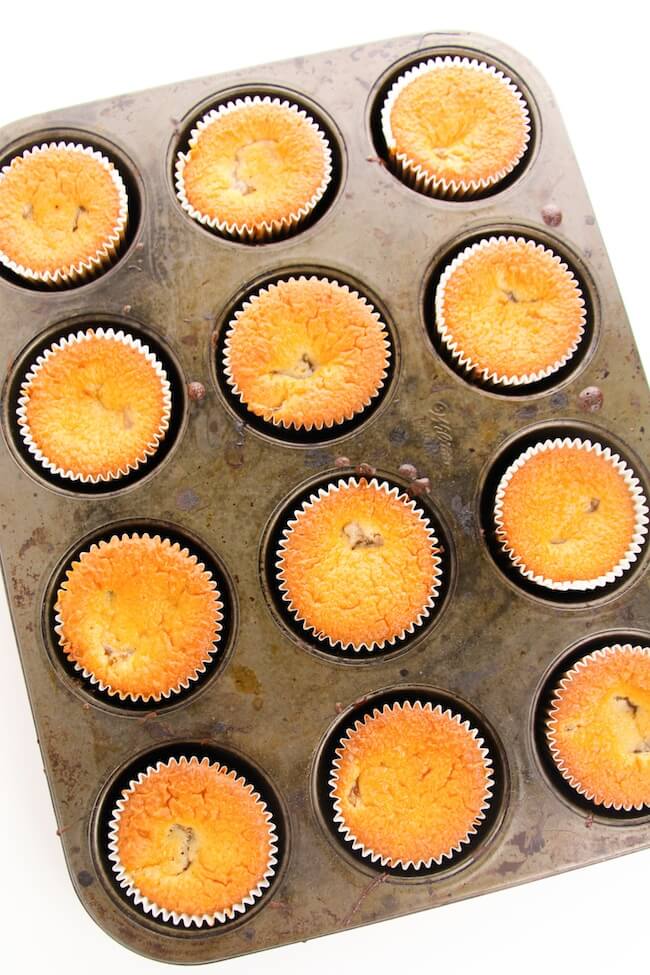 You can see the apple pie filling baked right into the cupcakes!

Now we’ll make a nest with our frosting: 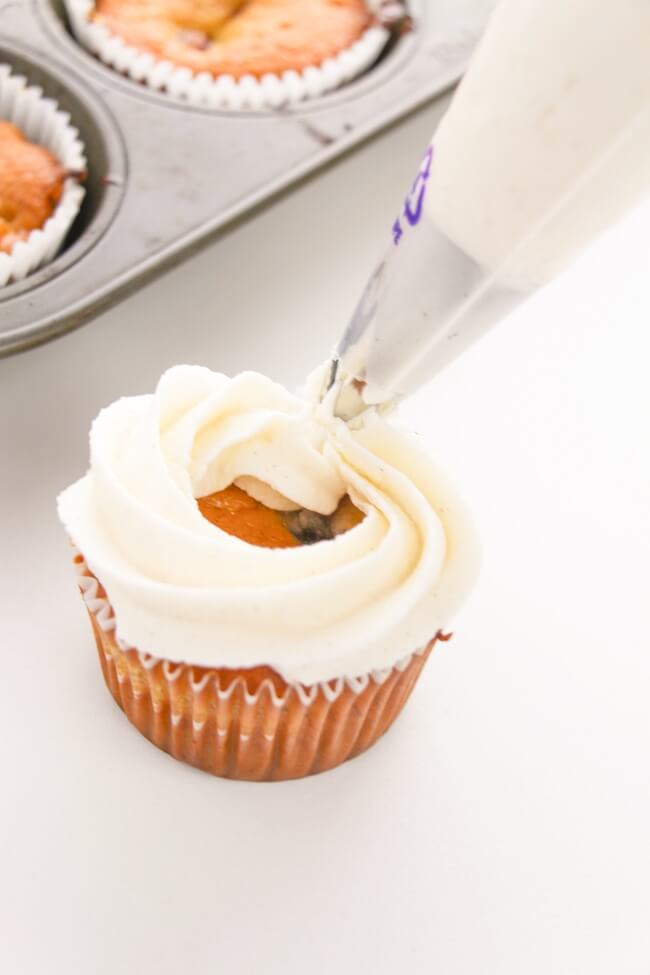 And fill that with with more apple pie! 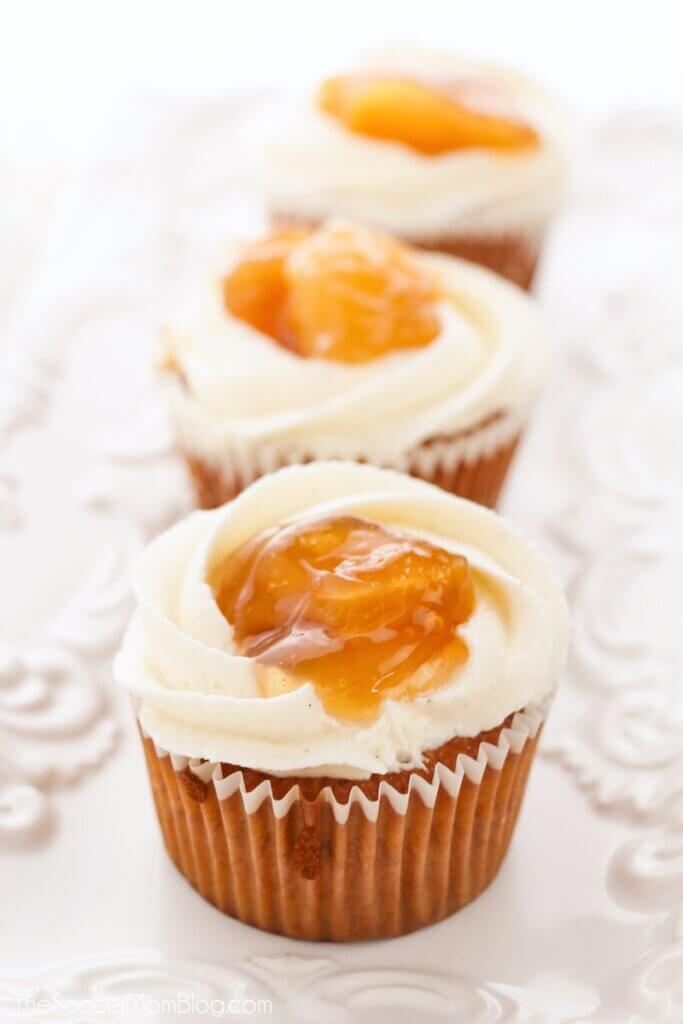 Can you freeze the cupcakes?

If you want to make cupcakes ahead of time, you can individually wrap them in an airtight container and store them in the freezer for up to three months. However, it’s best to freeze them BEFORE you ice them instead of after.

How do I store these Apple Pie Cupcakes?

These Apple Pie Cupcakes should last up to a week on your counter. However, they are the best if eaten a few days after baking.

If it’s hot where you live, you will want to keep them in a cool place to avoid the frosting melting. However, try to avoid keeping them in the refrigerator to prevent them from drying out.

More of our favorite apple recipes:

If you like this recipe, please rate it! We’d also love to hear your thoughts in the comments below. 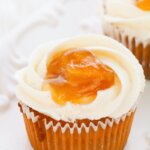 For the Cinnamon Vanilla Frosting

To Make the Cupcakes

To Make the Frosting 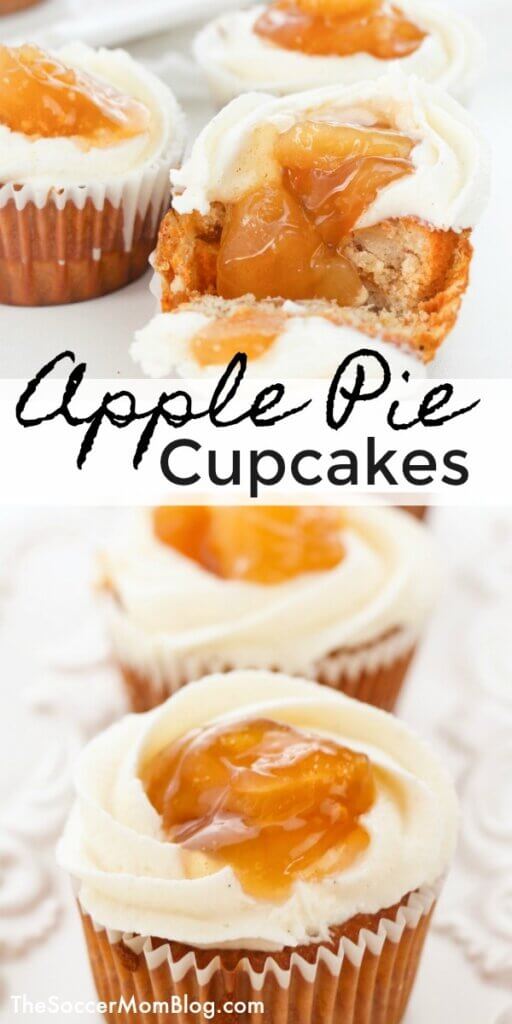 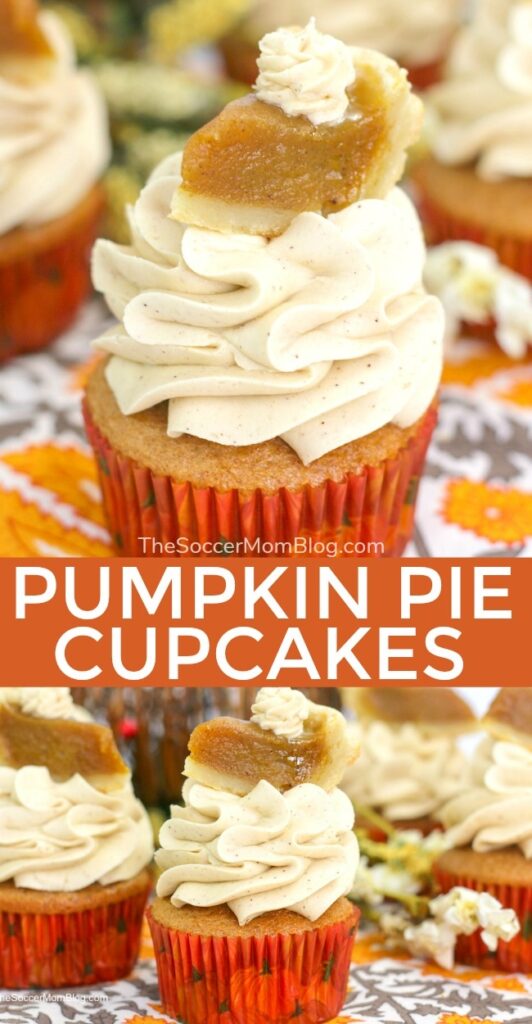 834 shares
Previous Post: « How to Get Wrinkles Out of Curtains
Next Post: 20 Back to School Cricut Ideas »

Love the fonts you see? I found some of them here and you can too!
834 shares