Home » Uncategorized » Why Natural Grass is Better than Turf for Soccer

Synthetic grass surfaces are hailed as being low maintenance, but at what cost? There are three BIG reasons that natural grass is better than turf for soccer fields and safer for players. Sponsored by Responsible Industry for a Sound Environment®

However, as a former player and now as a “soccer mom,” I feel it’s important to talk about why natural grass is better than turf for soccer, and safer for our young players. 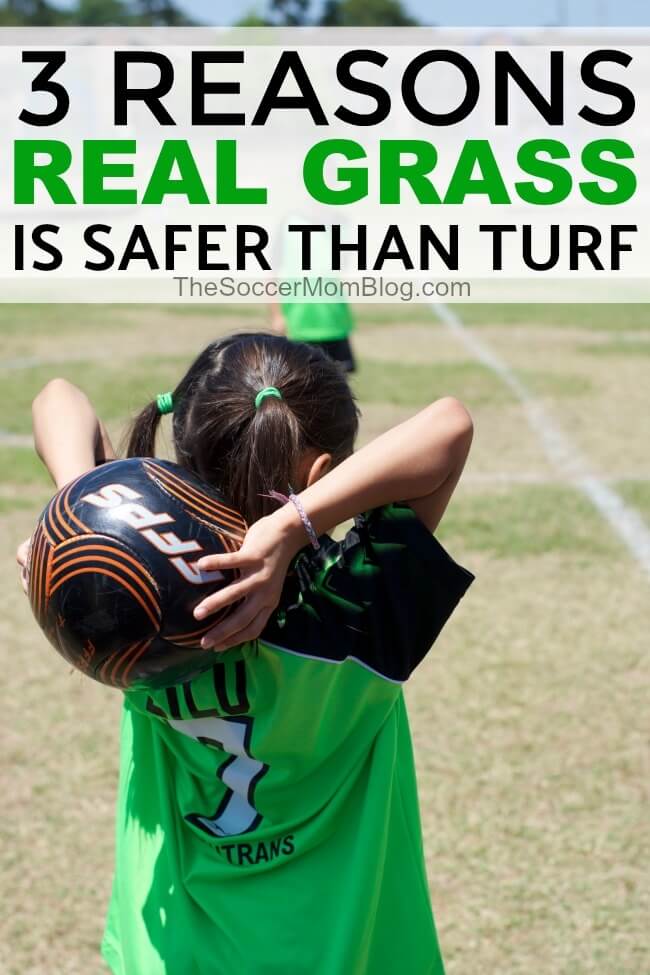 Why Natural Grass is Better than Turf for Soccer Fields

The following are three big reasons that natural grass is better than turf for playing soccer.

This creates a playing surface hot enough to cause burns!

In fact, the 2015 Women’s World Cup caused a stir when it was reported that the artificial playing surfaces registered temperatures of 120° Fahrenheit. It definitely brought attention to benefits of natural playing surfaces versus turf fields.

Here in Texas, the outdoor temperature during our soccer season usually stays between 80 and 90 degrees. That’s hot enough already! I can’t imagine how hot it would feel on an artificial turf, and those temperatures could actually be dangerous for kids. 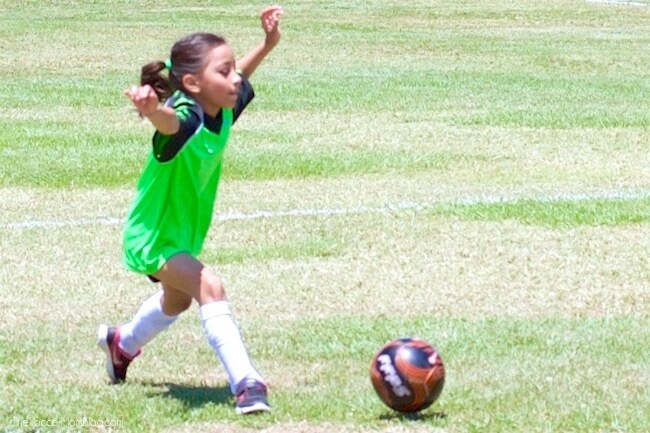 2. Artificial turf speeds up play (too much)

I played soccer all throughout my school years, and most of the fields used were natural grass. However, one school played home games in their football stadium, which featured an artificial turf surface.

Since turf is generally shorter and denser than grass, it causes a ball to roll much faster. This makes it tough to control the ball and play the game of soccer as it is meant to be played.

When playing soccer on turf, the ball rolls out of bounds ALL the time. It’s a frustrating experience as a player, and sometimes the out of control play and frantic pace led to collisions and falls.

I definitely prefer playing soccer on real grass, and I think most players would say the same.

I remember the first time I played soccer on a turf field (it was a local high school football field), our coach warned us not to fall.

Some turf surfaces, especially ones that are 100% artificial, act like sandpaper on your skin.

Of course, it is impossible to prevent all falls during a soccer game, so some of my teammates ended up with some pretty nasty scrapes after that particular game.

Real grass provides a much softer and forgiving playing surface. Not only is it less dangerous for falls, but natural playing surfaces also cause fewer “wear and tear” injuries. 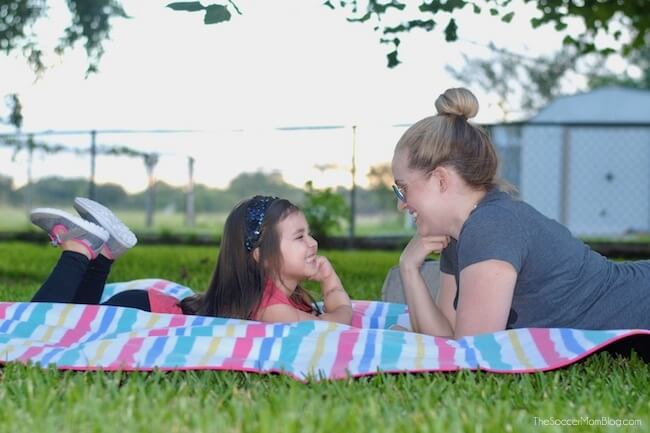 What About the Backyard?

It’s not just playing fields that are getting the artificial treatment — there’s a growing trend among homeowners to replace their yards with synthetic grass. Especially in drought-prone areas, these synthetic grass alternatives are touted for their lack of water usage and the fact that they don’t require mowing.

However, these artificial lawns pose many of the same risks as artificial playing fields, namely the extreme temperatures. If we had a synthetic lawn, our girls wouldn’t be able to walk barefoot on it, or even play outside at all during the summer.

Plus, there’s something refreshing about being outside in nature, and I think you lose a little bit of that when you get rid of the grass in your backyard.

Outdoor play has an incredibly positive effect on children, whether it’s through team sports or free play.

The USDA recommends that kids and teens be active for at least an hour a day, but as many as 30 million children aren’t meeting the mark.

The #MyTurf movement aims to get kids and families outside, and enjoying the benefits of playing on natural grass. Even if your kids aren’t in team sports, a trip to the local park does wonders for the body and mind. Plus, it’s a way to connect as a family.

Click here to find a park in your area and for more information on the #MyTurf movement. 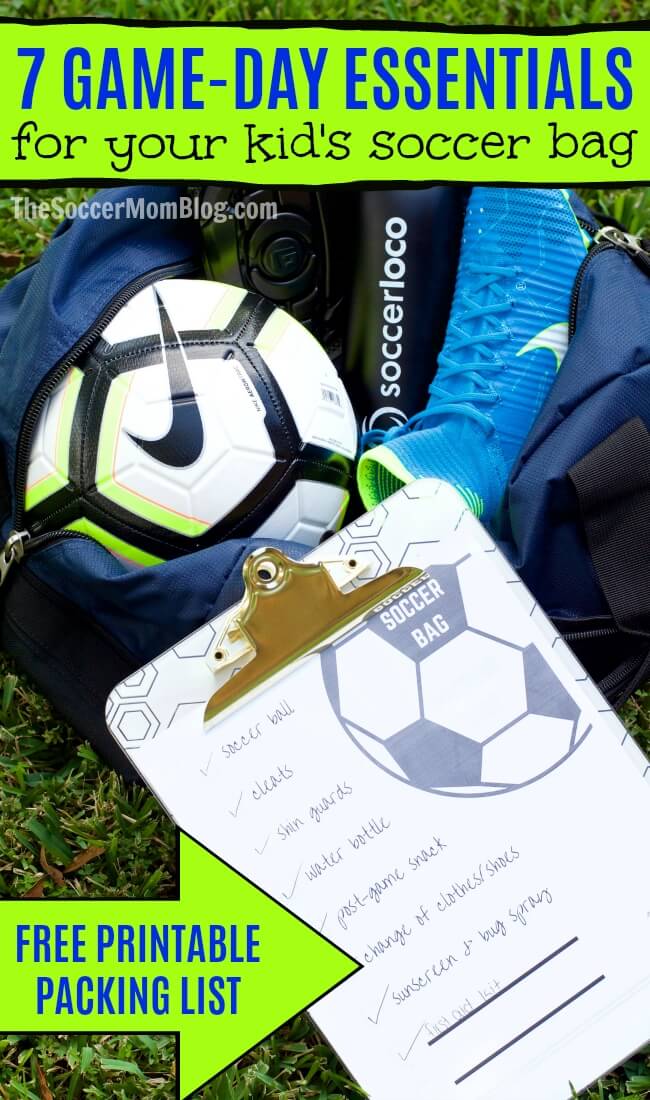 What to Pack in Your Kid’s Soccer Bag

How to Throw a Kids Soccer Birthday Party for Under $50

Previous Post: « 70+ Pumpkin Crafts for Kids
Next Post: How to Visit Disneyland with a Baby (Even a Newborn!) »

Love the fonts you see? I found some of them here and you can too!
26 shares