Made with real pumpkin in the dough and so soft and fluffy, these Pumpkin Cinnamon Rolls will hit the spot on a crisp fall morning. 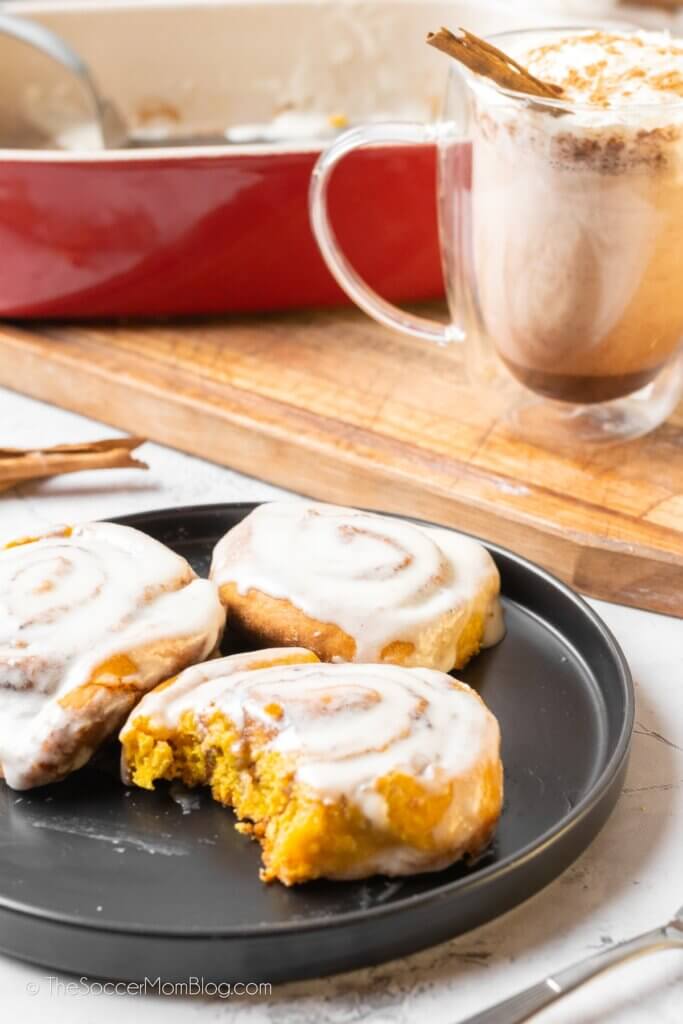 If you love the taste of cinnamon rolls and pumpkin, this unique combination will have you starting your day with the best tastes of fall. Topped with a delicious homemade glaze, these sweet cinnamon rolls are perfect for cozy fall mornings.

This recipe for pumpkin cinnamon rolls is made from-scratch. If you have the time, it is SO worth it!

First we started with a pumpkin-infused yeast dough, then rolled it around sweet pumpkin pie filling, and baked them until golden brown and fluffy. We topped our pumpkin cinnamon rolls with a luscious cream cheese icing to make this an extra decadent fall treat. These are the best pumpkin cinnamon rolls! You can actually SEE the pumpkin flavor in the photos!

PS- If you’re looking for an easy cinnamon roll recipe, try our Maple Bacon Cinnamon Rolls made with canned cinnamon rolls. I also must recommend our family recipe for classic cinnamon rolls too! 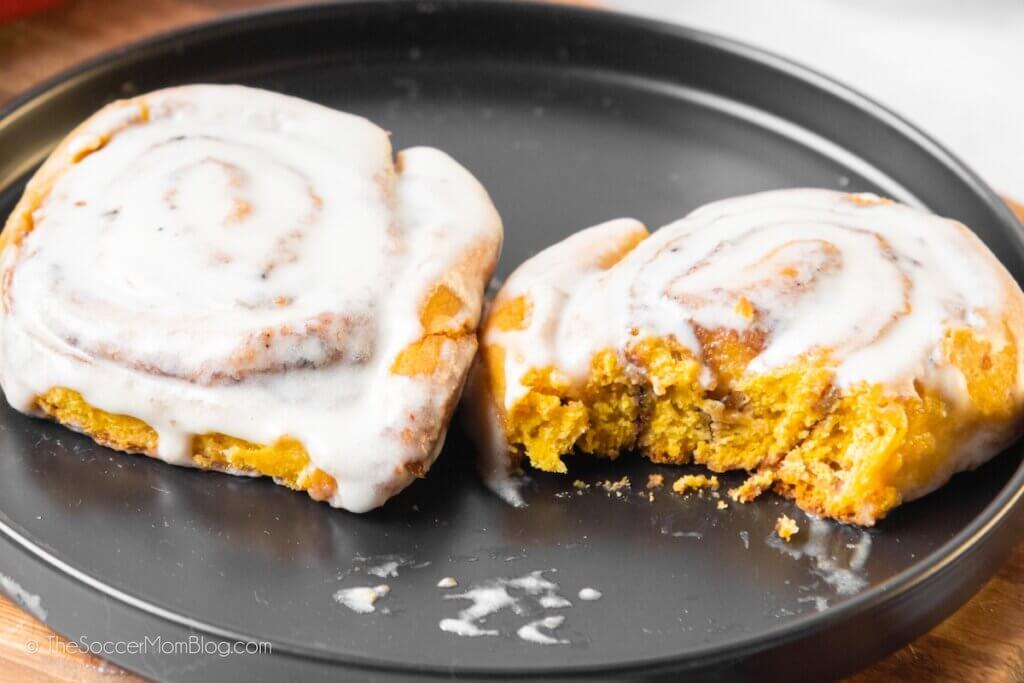 For your convenience, I’ve included shop-able ad links to some of the products used to make this recipe; disclosure policy available here. 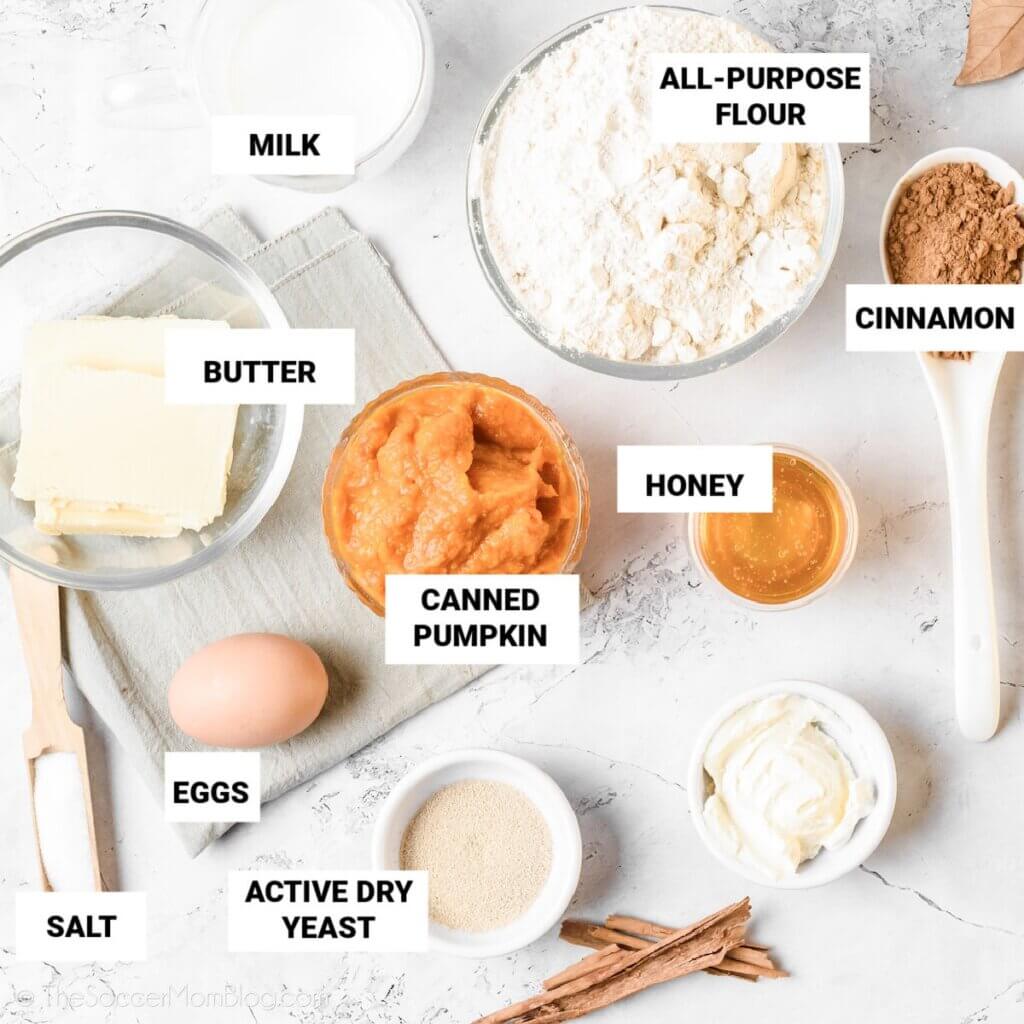 For the Cream Cheese Frosting 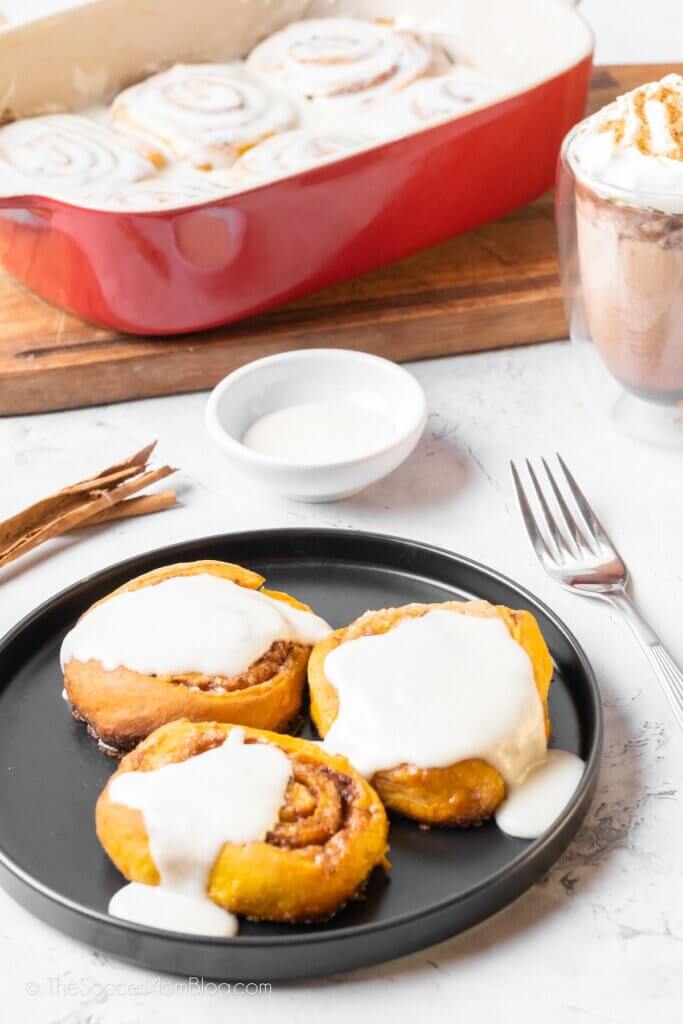 To Prep: Preheat the oven to 370°F when you’re ready to bake. I recommend waiting until you’re cutting the dough into rolls before turning on the oven, as the dough needs an hour or so to rise first.

To Make the Cinnamon Roll Dough: 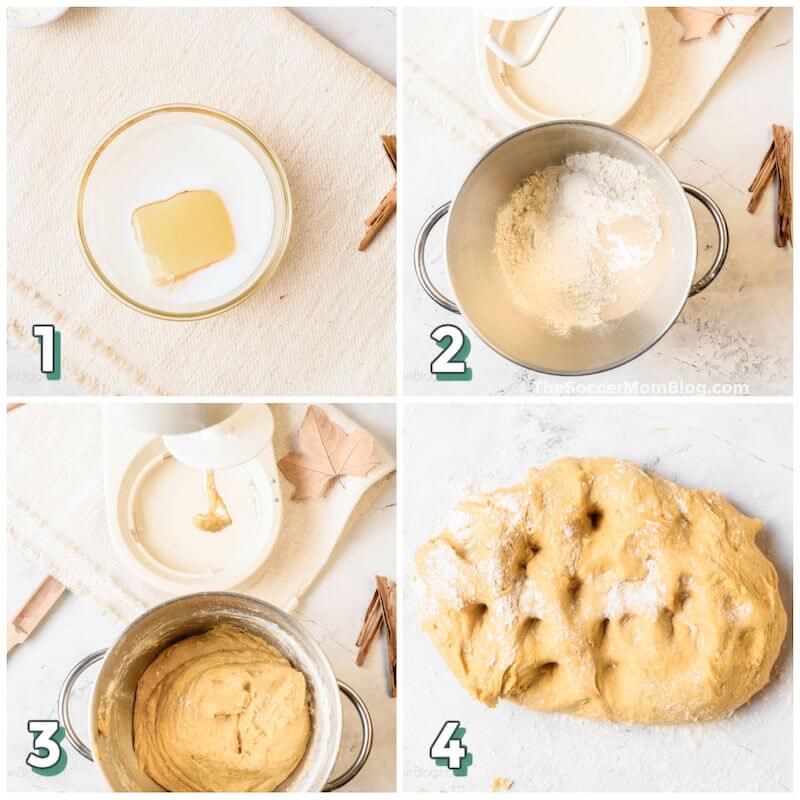 To Make the Cinnamon Rolls: 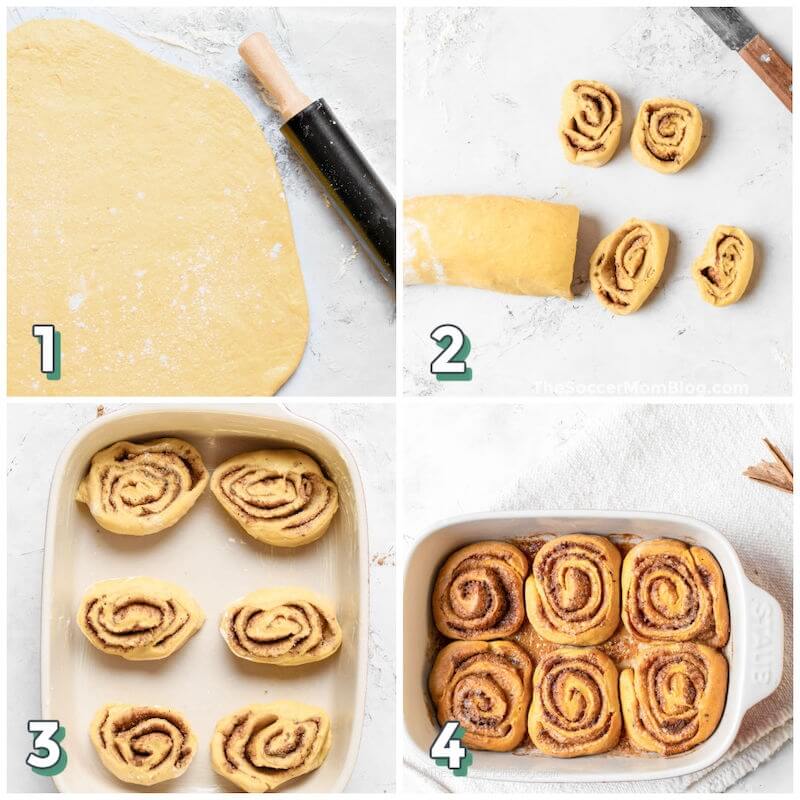 To Make the Cream Cheese Glaze: 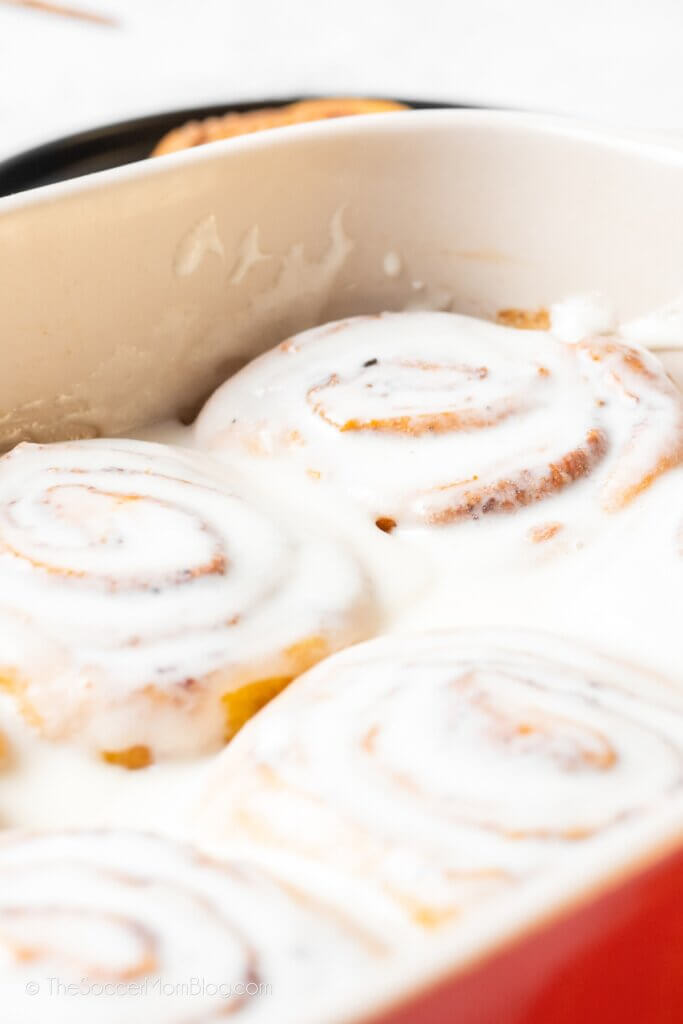 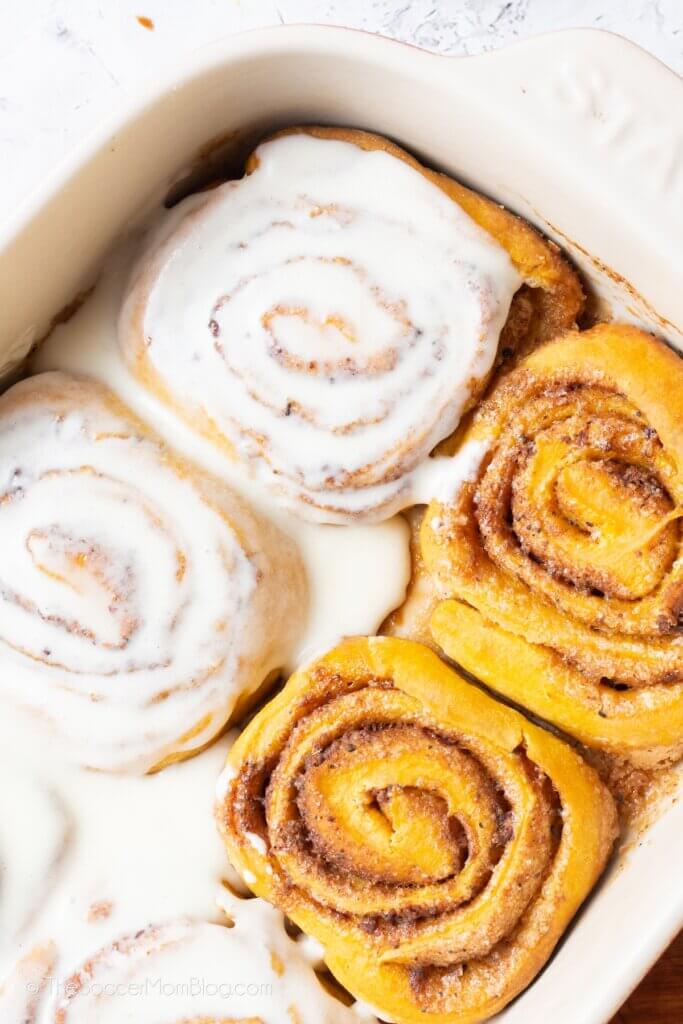 Do Cinnamon Rolls Need To Be Refrigerated?

For regular cinnamon rolls made with sugar icing, I store those in an airtight container at room temperature. However, we made a cream cheese icing for this recipe, so these cinnamon rolls will need to be refrigerated once frosted.

If you want to make them ahead of time but NOT put the rolls in the fridge, you can always make and add the icing later.

Why Didn’t My Cinnamon Rolls Rise?

The likely culprits are either the yeast or temperature/humidity.

Can You Freeze The Dough?

If you don’t want to make a whole batch at once, you can freeze the dough and bake one at a time as you like. Here’s how:

When you want to make a cinnamon roll or two, take them out of the freezer bag, place them on a baking sheet. Allow them to rise, then bake. 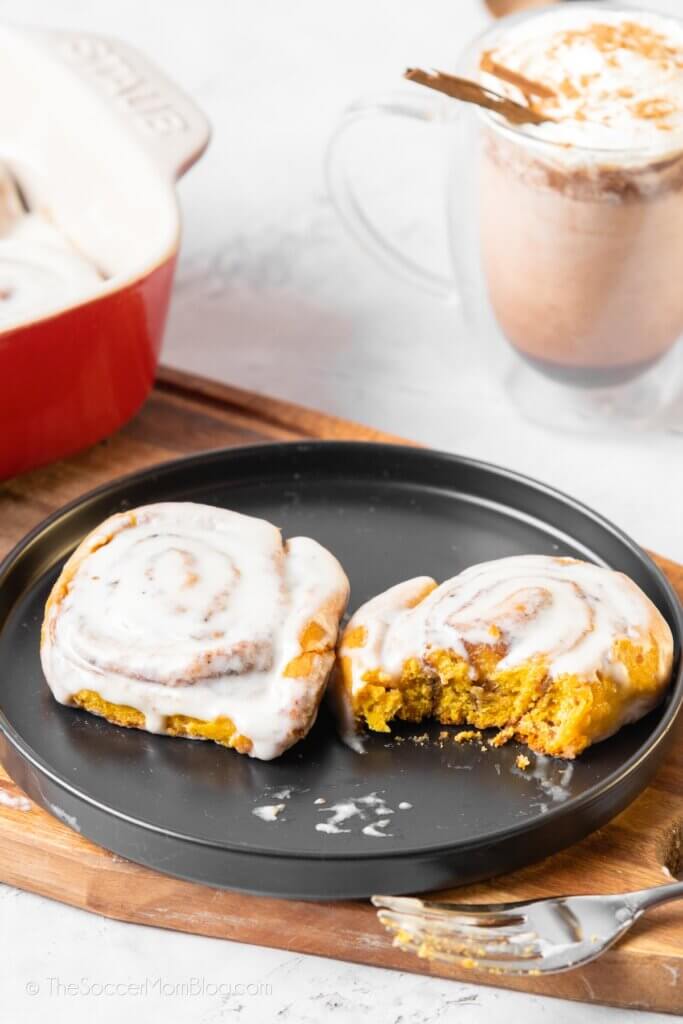 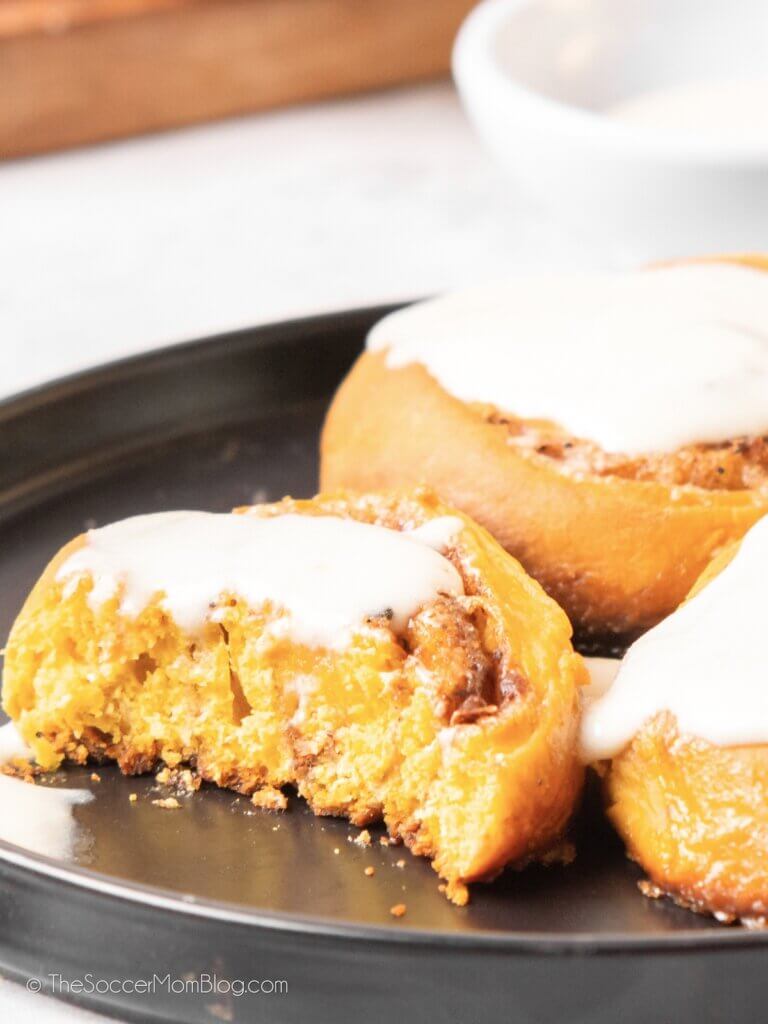 If you tried this recipe and loved it, please rate it! 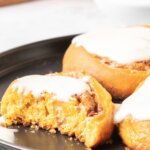 To Make the Dough

To Make the Rolls

Nutrition information is provided as an estimate only and will vary based on exact ingredients and serving size. 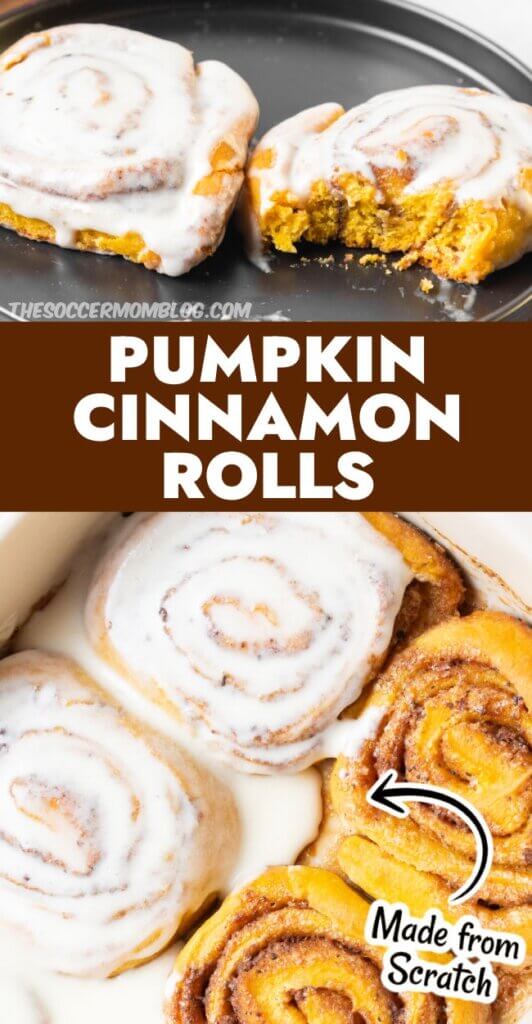 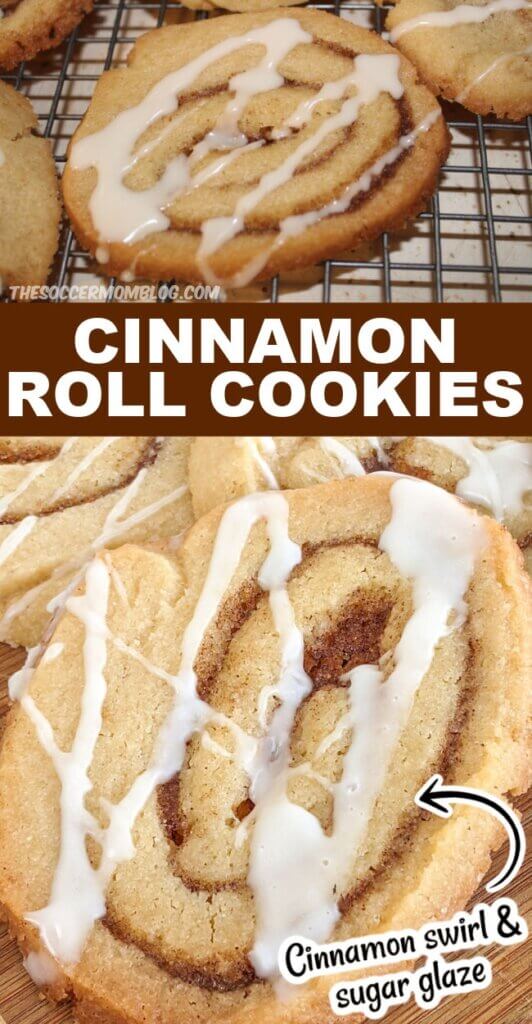 Love the fonts you see? I found some of them here and you can too!
12 shares